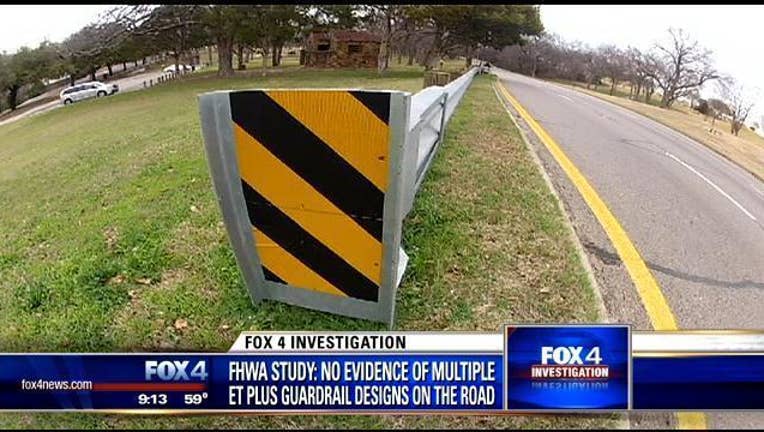 The Federal Highway Administration released a study Wednesday regarding the controversial E.T. Plus guardrail system.

At issue is whether versions of the E.T. Plus end terminals with different dimensions are being used on U.S. highways, as critics have alleged.

In the study, engineers measured more than 1,000 guardrails in five states, including Texas, and say that there is no evidence to suggest there are multiple versions of the E.T. Plus on the road.

The feds also have 98 percent confidence that the five states represent all states with the E.T. Plus.

Design changes were at the heart of a whistleblower lawsuit against the maker of the E.T. Plus, Trinity Industries of Dallas.

Last fall, an east Texas jury found that Trinity defrauded the federal government by failing to disclose design changes to the device.

Victims claim in lawsuits that those changes caused horrific accidents, several of which were in Texas.

The verdict prompted the feds to order new tests of the E.T. Plus.