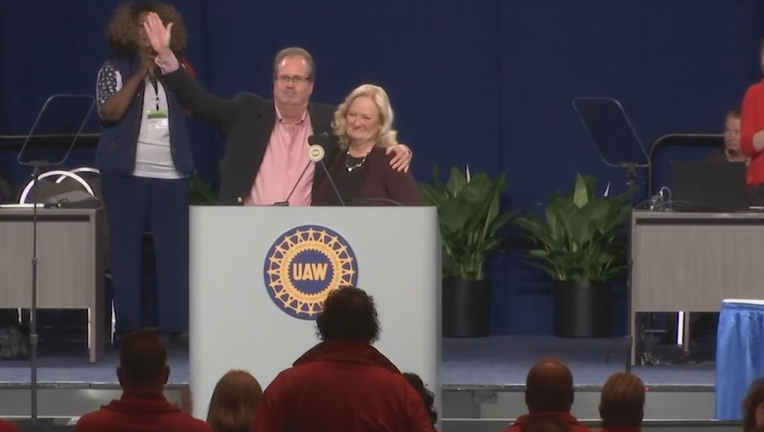 Leaders of the United Auto Workers are facing allegations of corruption as the workers' strike enters its fourth day.

ROMULUS, Mich. - The strike against General Motors by the United Auto Workers is playing out amid a corruption scandal inside the UAW that has caused distrust of the union leadership among many rank-and-file members.

On picket lines at plants across the country, many of the 49,000 workers have expressed doubts about whether UAW leaders are acting in their best interests in the dispute and in their handling of union money in general. Some have gone so far as to wonder whether the leadership took them out on strike to show that the union is working for them.

"Where there's big money, there's dishonesty, unfortunately," 41-year employee Brian Jaeger said outside a parts distribution center in Van Buren Township, Michigan. He said he is grateful for the life that the union has brought his family and he supports the strike, but he is also suspicious of the leadership.

The walkout began Monday, with UAW members saying they want a bigger share of the billions that the No. 1 U.S. automaker has made off their hard work since it emerged from bankruptcy a decade ago with the help of union concessions. The strike — authorized Sunday in a vote by about 200 local union representatives — has shut down more than 30 factories in nine states, mostly in the Midwest.

In August, the FBI raided the suburban Detroit home of UAW President Gary Jones as part of the widening federal investigation. He has not been charged and has not commented on the raid. Earlier this month, Jones' successor as union regional director in Missouri was charged in a $600,000 embezzlement scheme, and another UAW official pleaded guilty to taking kickbacks from union vendors. 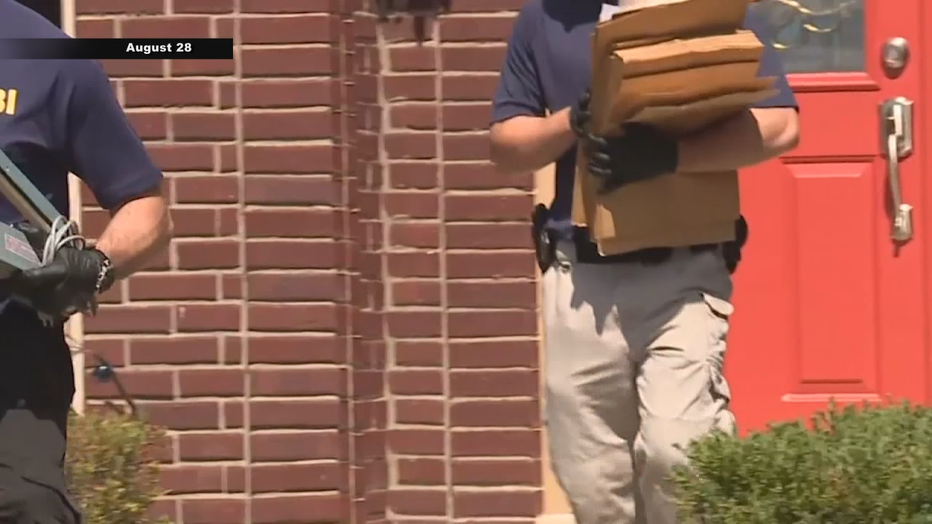 The FBI raided the home of UAW President Gary Jones last month. Agents were looking for evidence that Jones may have been involved in bribery and corruption. No charges have been filed against the union president.

Eight other people — including five UAW officials — have been convicted over the past two years of looting a jointly run Fiat Chrysler-UAW training center for blue-collar workers, with prosecutors alleging that $1.2 million was diverted to keep union officials "fat, dumb and happy" while they collaborated with the automaker in contract talks.

Amid all this, the UAW is trying to reach a new four-year agreement with GM.

Trinity, who works at a GM engine and transmission plant in the Detroit suburb of Romulus, said he remains loyal to the union and will picket for more hours than scheduled to support fellow workers. He said he wants to preserve their health care, get permanent jobs for temporary workers and stop the company from moving production to other countries.

Still, the 22-year GM employee and others questioned the union's negotiating tactics and its motives in calling the walkout. Phil Cuthbertson, who works at GM's transmission plant in Toledo, Ohio, said he wonders whether the leadership was quick to strike this time because it wanted to restore members' faith that it is working for them.

"We voted to strike and they listened to us," he said.

Others questioned why UAW leaders didn't give them information before the strike about an offer made by GM on Saturday. A UAW vice president told GM in a letter that if the automaker had presented the offer to the union sooner, the walkout might not have happened.

In the union's defense, UAW spokesman Brian Rothenberg said the workers had a say in whether to strike: The UAW summoned local leaders to Detroit, and they voted unanimously in favor, he said. Rank-and-file members also voted to authorize a walkout earlier in the month.

"This strike is about them, and their local leadership had a direct voice in the process," Rothenberg said.

Also, UAW committees composed of plant-level officials elected by the members are playing more of a role in negotiations, a change made this year, Rothenberg said.

In addition, GM proposed new products to replace work at two of four U.S. factories that it intends to close, preserving some jobs. It pledged to build a new all-electric pickup truck at a factory in Detroit and open an electric vehicle battery plant in Lordstown, Ohio.

Gary Chaison, a retired professor of industrial relations at Clark University in Massachusetts, said the strike is a mystery to him because GM's offers appear to be decent. He said the work stoppage may be less about the contract and more about showing members the union is on their side. It also helps with organizing workers at nonunion auto plants, he said.

"I can't see a prolonged strike coming out of this," he said. "I see this more as a demonstration of 'Look how effective we are as the UAW.'"

GM has not publicly tried to capitalize on the scandal during the strike, but when the latest allegations were announced last week, it pounced, saying: "There is no excuse for union officials to enrich themselves at the expense of the union membership they represent."

Many workers on the picket line said they still support the union in its quest to preserve their standard of living.

Romulus worker Tina Black said there are still good people at the top of the union, even if some leaders have gotten in trouble. "There's always a few, but you can't blame everybody for that," she said.

This story has been corrected to fix the misspelled last name of Toledo worker Phil Cuthbertson. Associated Press Writer John Seewer in Toledo, Ohio, contributed to this report.