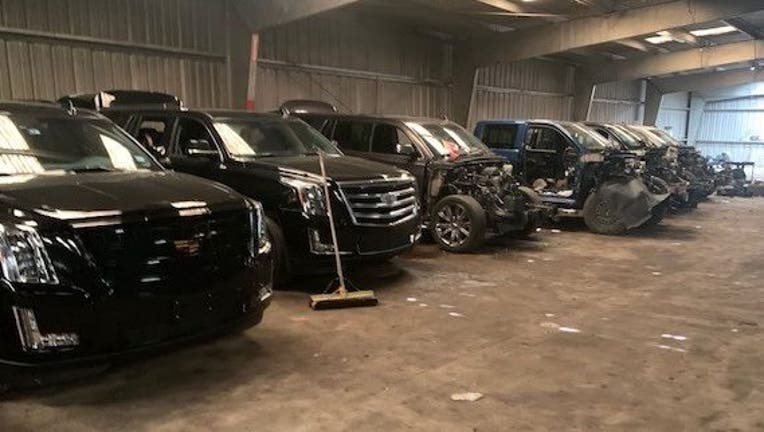 SEAGOVILLE, Texas - More than a dozen stolen vehicles that had been reported stolen in Dallas County were recovered from a warehouse in Seagoville.

The Dallas County Sheriff’s Office said the 17 vehicles – mostly Chevrolet and GMC pickup trucks and full-sized SUVs – were found Tuesday inside a building along Highway 175.

The vehicles had recently been reported stolen from around all around Dallas County in cities including Dallas, Lancaster, Coppell, Mesquite, DeSoto and Duncanville, as well as Waxahachie in Ellis County.

Detectives believe the location was being used as a chop shop and the vehicles were being disassembled to be sold in parts.

In addition to the vehicles, the detectives also found about $700,000 in stolen parts such as tailgates, tires, bumpers and doors.

No was at the location when it was raided and no one was arrested, the sheriff’s office said.