A nationwide manhunt was launched and one person was arrested following the latest use of a vehicle as a weapon in Europe.

Nearby buildings were locked down for hours in the heart of the capital - including the country's parliament - and the main train station and several large malls were evacuated.

"Sweden has been attacked," Prime Minister Stefan Lofven said in a nationally televised press conference. "This indicates that it is an act of terror."

Later Friday night, Lofven laid a bouquet of red roses and lit a candle near the site of the attack. Officials announced flags at government offices would fly at half-mast Saturday to honor the victims.

"The country is in a state of shock," he said. "The aim of terrorism is to undermine democracy. But such a goal will never be achieved in Sweden."

There was no immediate claim of responsibility for the attack. Police arrested a man in Marsta, a northern Stockholm suburb close to the city's international airport, as a possible suspect.

The stolen beer truck traveled for more than 500 yards (meters) along a main pedestrian street known as the Drottninggatan before it smashed into a crowd outside the upscale Ahlens department store about 3 p.m. It came to rest in the entrance to the building. TV footage showed smoke coming out of the store after the crash.

"People were screaming and running in all directions," said Brandon Sekitto, who was in his car nearby. "(The truck) drove straight into the Ahlens entrance."

"I saw the driver, a man in black who was light around the face," Brandon told Swedish daily Dagens Nyheter. "Some women were screaming, 'Run! Run!'"

Late into the night, forensic experts in full white suits could be seen working on the truck, collecting evidence.

Although there was initial confusion on the number of victims, police told reporters in the evening that four people had been killed and 15 were wounded, nine of them seriously.

Authorities evacuated the city's nearby Central Station, a hub for regional trains and the subway system. All trains to and from the main station were halted and several large shopping malls in Stockholm were shut down. Sweden's national theater, Dramaten, canceled three performances Friday evening.

Jan Evensson of the Stockholm police told a news conference that the man who was arrested looked like the person depicted wearing a greenish hood in a surveillance camera photo that police released earlier. He said police were "particularly interested" in him.

"We continue to investigate at full force," Evensson said, urging people not to go to central Stockholm on Friday night.

Stefan Hector of Sweden's national police said the working hypothesis was that "this is an act of terror."

"We will be working as long as necessary" to determine who was responsible, Stockholm police spokesman Lars Bystrom told The Associated Press.

The Swedish brewery Spendrups said one of its trucks had been hijacked just a few blocks from the crash scene earlier Friday.

"It is one of our delivery trucks. In connection with a delivery to a restaurant called Caliente, someone jumped into the truck and drove it away while the driver was unloading his delivery," Spendrups spokesman Marten Luth told the Swedish news agency TT.

The beer company's truck driver was not injured, he said.

The truck crash appeared to be the latest attack in Europe using a vehicle.

In an attack last month claimed by the Islamic State group, a man drove into a crowd on London's Westminster Bridge, killing three people and injuring many others before stabbing a policeman to death. He was shot and killed by police. A fourth person, a woman thrown into the Thames by the force of the car attack, died Thursday.

Swedish King Carl XVI Gustaf cut short a visit to Brazil on Friday to return home and sent the royal family's condolences to the families of the truck attack victims.

Condolences poured into Sweden. In neighboring Finland, President Sauli Niinisto said he was shocked by the "maniac act of terror," adding "every terror attack is to be equally condemned. But it touches us deeply when such an attack takes place in our Nordic neighborhood."

Danish Prime Minister Lars Loekke Rasmussen called the attack a cowardly attempt "to subdue us and the peaceful way we live in Scandinavia."

Paris Mayor Anne Hidalgo said the Eiffel Tower's lights will be turned off from midnight Friday in homage. She expressed her "strong emotion" over "this new terrorist attack of immense cowardice."

EU Council President Donald Tusk said in a tweet that "my heart is in Stockholm this afternoon. My thoughts are with the victims and their families and friends of today's terrible attack."

European Commission President Jean-Claude Juncker said "one of Europe's most vibrant and colorful cities appears to have been struck by those wishing it - and our very way of life - harm."

Juncker also said "an attack on any of our (EU) member states is an attack on us all" and that Sweden can count on EU help.

In February, U.S. President Donald Trump suggested that Sweden could be the next European country to suffer the kind of extremist attacks that have devastated France, Belgium and Germany. Two days after his remarks, a riot broke out in predominantly immigrant suburb of Stockholm where police opened fire on rioters, a surprise to many Swedes who aren't used to officers using guns.

Friday's truck crash was near the site of a December 2010 attack in Stockholm in which Taimour Abdulwahab, a Swedish citizen who lived in Britain, detonated a suicide bomb, killing himself and injuring two others.

Abdulwahab had rigged a car with explosives in the hope the blast would drive people to Drottninggatan - the street hit Friday - where he would set off devices strapped to his chest and back. The car bomb never went off, and Abdulwahab died when one of his devices exploded among panicked Christmas shoppers.d. 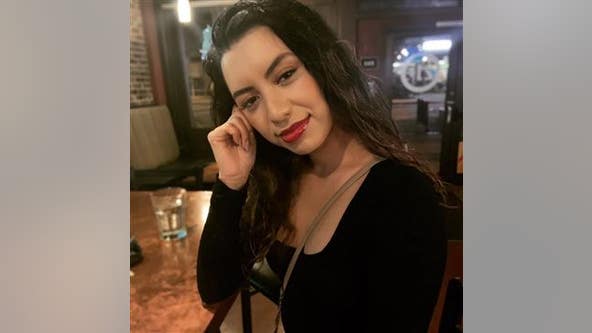