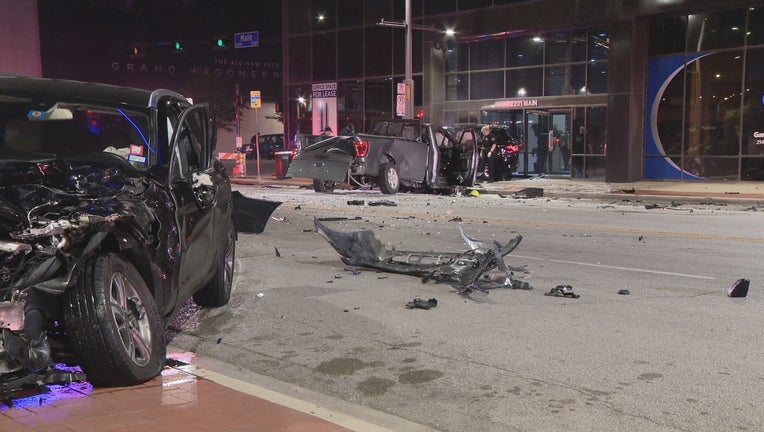 DALLAS - Police are looking for the driver of a pickup truck that caused a fiery crash on the east side of Downtown Dallas early Monday morning.

It happened around 2:30 a.m. Monday after the driver of the truck ran a red light at Main Street and Cesar Chavez Boulevard.

The truck then crashed into three cars and burst into flames.

Witnesses told police two men jumped out of the truck and ran away after it caught fire. Police later discovered the truck had been reported stolen.

The people in the other cars were treated for minor injuries.