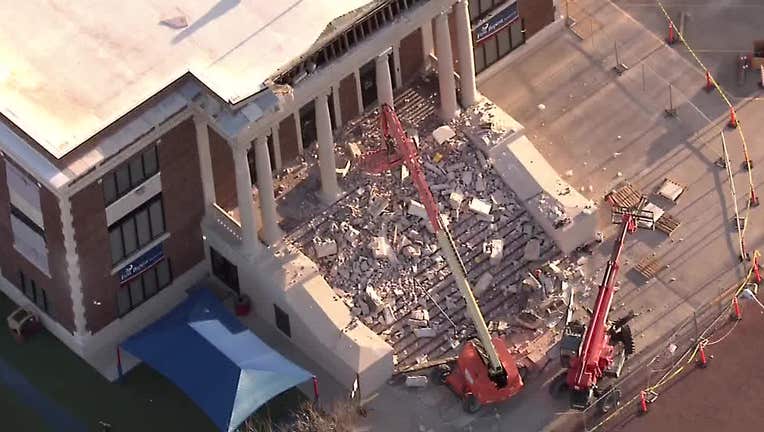 Fire crews were called out about the collapse at First Baptist Church Stephenville just before 2 p.m.

Fire crews were called out about the collapse at First Baptist Church Stephenville just before 2 p.m.

Construction workers were doing work at the front of the building, when part of the arched facade collapsed onto the front steps.

Two workers in an extended boom lift were struck by falling debris.

We do not know their conditions at this time.

All activities at the church, except for dinner with prayers, have been canceled for the evening.

A portion of Green Street in front of the church has been closed.