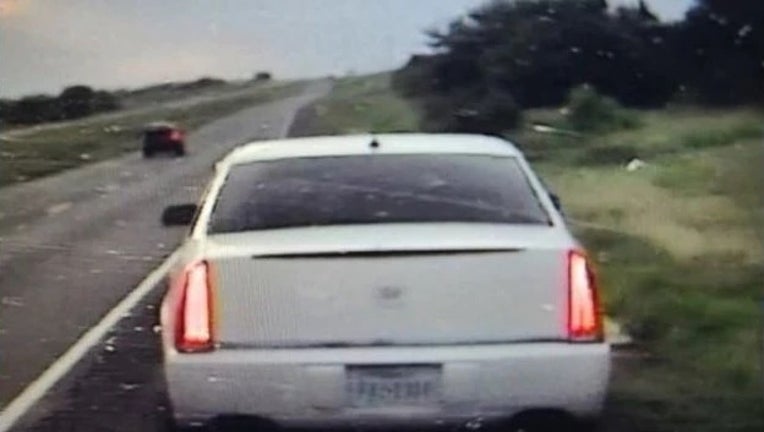 WICHITA FALLS, Texas - A statewide Blue Alert was issued after a sheriff’s deputy was shot near Wichita Falls.

The shooting happened at a truck stop around 7:30 p.m. Monday after the deputy pulled over a car that had a stolen license plate.

The deputy was reportedly shot in the chest as he walked up to the vehicle. Thankfully, he was wearing a bullet-proof vest and was not seriously hurt.

The Clay County sheriff visited the injured deputy in the hospital and posted an update on his status on social media.

"There he is right there and right there is where those vests that we bought ‘em this past year stopped the bullet. So for everybody worried about deputy Chitwood, he’s fine," Sheriff Jeffrey Lyde said.

Blue Alerts were created in 2008 to help in the search for criminals who seriously hurt or kill law enforcement officers.

The deputy could only describe the gunman as a white male in his 20s who had a thin build. He was wearing a blue hat.

The white Cadillac he was driving was located Tuesday morning in downtown Wichita Falls. The vehicle has bullet holes in the back from the deputy’s return fire.

Repairs underway after Texas State Capitol flooded due to rain