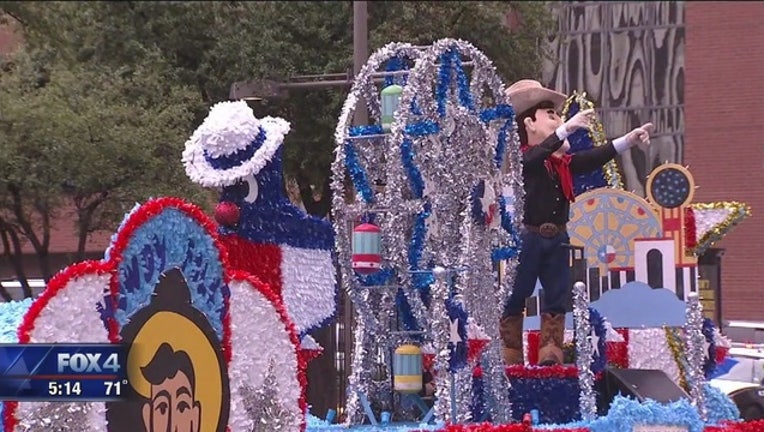 The State Fair of Texas has announced some changes in its opening day celebration.

For the first time in years, the opening day parade will not wind its way throughout the streets of Downtown Dallas. The parade will only happen on the state fair grounds in Fair Park.

The fair says some of the features that were in the parade downtown will now be incorporated into the noon parade on the fairgrounds.

The state fair says it has moved the parade to fairgrounds to allow more people to enjoy the Texas tradition.

"We think this is a change that a lot of fairgoers will enjoy, as they can focus their attention on events in Fair Park that day," said Mitchell Glieber, president of the State Fair of Texas. "Since we will have two parades on Opening Day, there will be the opportunity for daytime and nighttime visitors to take part in the celebration."