Stanford University won't accept relief funds, but other universities will.

Stanford had been allocated $7.4 million in Higher Education Emergency Relief funds. The prestigious school in Palo Alto, also has a $28 billion endowment.

“Like all universities, Stanford is facing significant financial pressures during this time of unprecedented uncertainty,” the school said in a Wednesday news release. “The combination of lost revenue, increased costs, and a market downturn that could have a substantial impact on our endowment are all expected to negatively affect the university’s finances for some time to come.”

But Stanford said the pandemic poses “an existential threat” to many smaller colleges and universities. “We believe strongly in the importance of keeping these institutions viable in order to provide access to higher education for as many students as possible, and we had concluded that this should be a priority.” 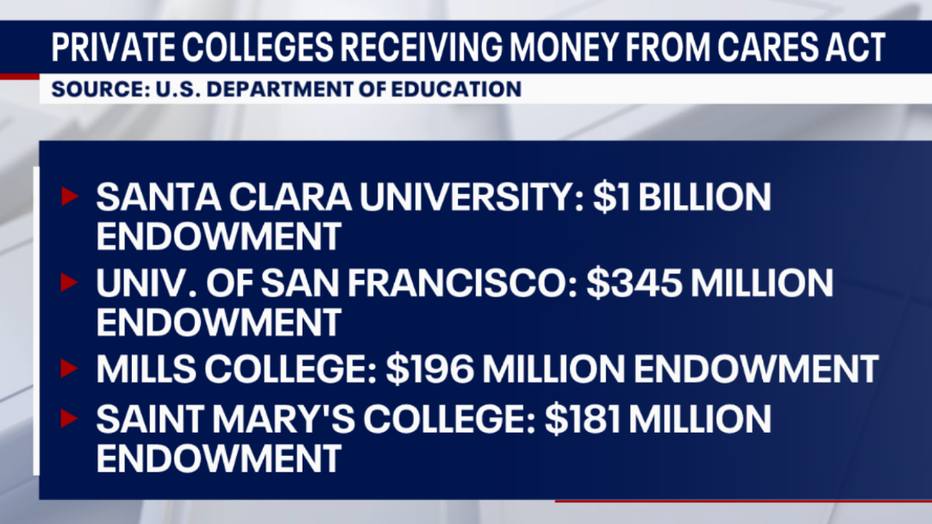 Other universities said they would accept the money.

Stanford's decision came after Harvard initially said it would take $8.7 million in CARES Act funds, despite having a $41 billion endowment — the largest among the nation’s private universities, according to a 2019 report in U.S. News and World Report.