FOX 26's Tiffany Justice has the latest after a Spring man was charged following the riot at the US Capitol earlier this month.

WASHINGTON - A Spring man is facing federal charges for his role in the Capitol riot on Jan. 6.

Joshua Lollar was arrested on Friday, according to court documents, and is facing the following three charges:

1.  Knowingly entering or remaining in any restricted building or grounds without lawful authority and impeding or disrupting official functions 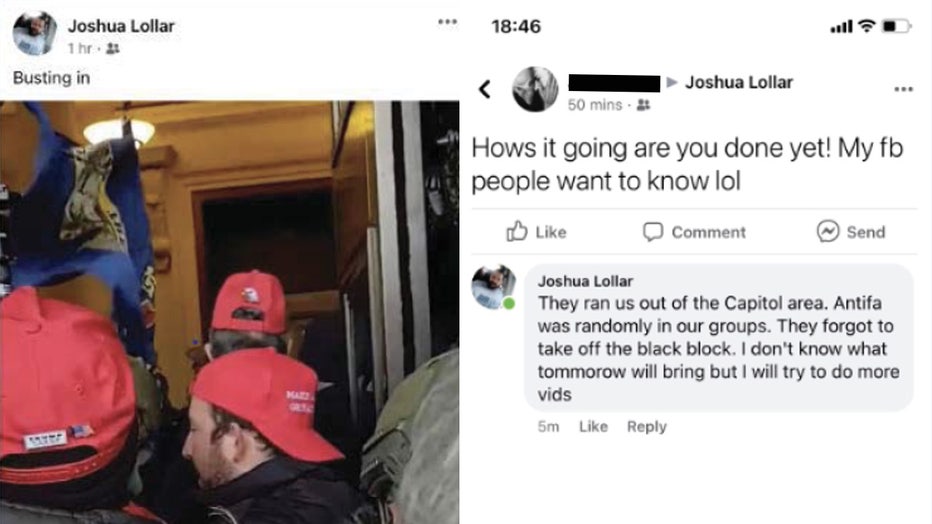 TIMELINE:  The pro-Trump riot at the US Capitol: How the chaos unfolded

The informant also told agents that Lollar had posted a Facebook Live of himself clashing with, and overtaking, police officers while making his way inside the U.S. Capitol building. 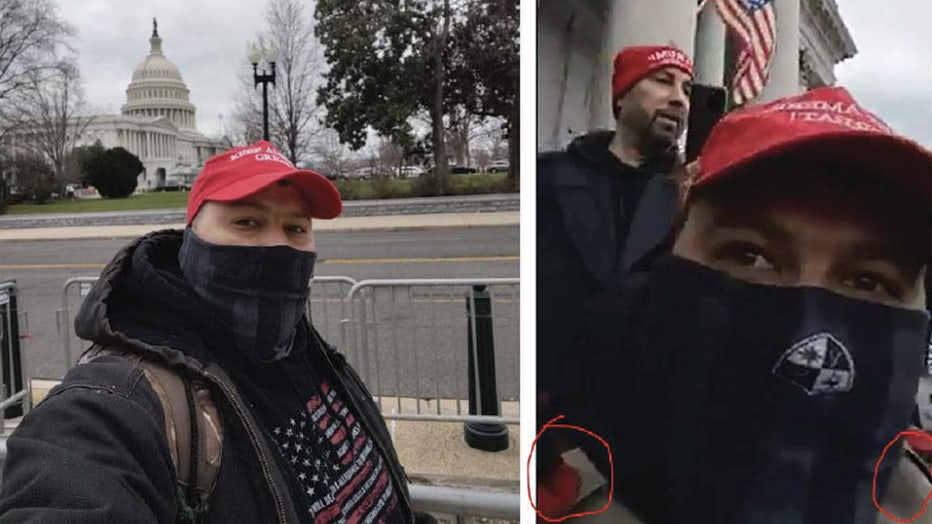 On Monday, Jan. 11, Special Agents of the FBI Houston Division interviewed Lollar at his Spring residence, where he told them that he had driven to Washington, D.C. He left on Jan. 4 and arrived on Jan. 6.

According to the court documents, Lollar told agents that he attended the speech given by President Trump at the Ellipse and then returned to his vehicle. Lollar then stated that he followed a crowd of people to the U.S. Capitol, which he admitted entering.

After a federal search warrant was issued, agents reviewed and confirmed the activity on Lollar's Facebook account.

A Houston Police Officer was relieved of his duties after an investigation found he was criminally involved in the protest and riot last week in Washington DC.

FOX 26 spoke with Lollar's father briefly over the phone Friday. He tells us, he has not been able to speak to his son yet, and he does not have any further comment until he can speak with an attorney.

Lollar is the second person from the Houston area to be identified to be among those who entered the Capitol during the riot.

Pham, who resigned from his position, is awaiting to see if he's facing federal charges.