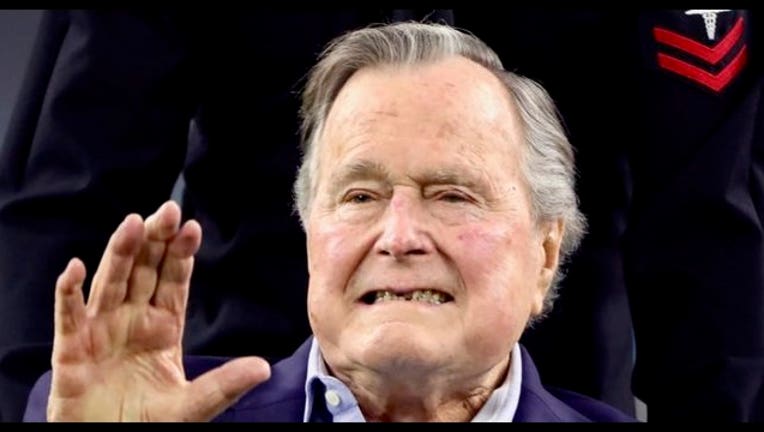 HOUSTON (AP) - A family spokesman says former President George H.W. Bush will remain hospitalized at least another day, but that doctors "are very pleased with his progress."

Bush was admitted April 22 to Houston Methodist Hospital to be treated for an infection that spread to his blood.

McGrath has said Bush hopes to travel next month to his family's home in Maine, where he spends the summers.

Bush has a form of Parkinson's disease and a history of pneumonia and other infections.

He was hospitalized after attending the funeral and burial of his 92-year-old wife, Barbara, who died April 17 at their Houston home.