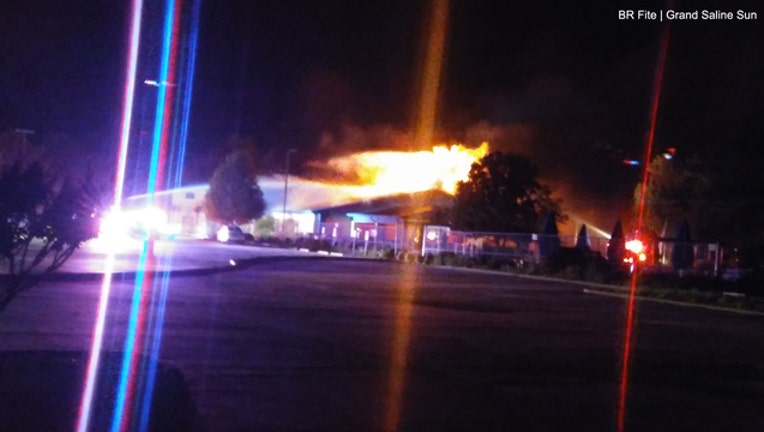 According to the Grand Saline Sun, the fire started around 3 a.m. at Splash Kingdom Water Park off Interstate 20.

The fire spread from the main office and ticket counter to the building where refreshments and video arcade attractions are located.

The flames reached 50 to 60 feet in the area and fire departments from Canton, South Van Zandt, Edgewood and Wills Point were all need to extinguish the blaze, the Grand Saline Sun reported.

Owner Mickey Lewis said despite the damage, the park will still be open this summer.

“We do have our first event on May 10. We’re still going to open. We’ll have a temporary building set up and a full schedule as planned. So this isn’t going to hurt anything,” he said.

The cause of the fire is still under investigation. No one was hurt.