It seems no matter what the Space Force shows the public, it can’t escape comparisons to the world of science fiction.

Gen. John Raymond, the chief of space operations, unveiled a new prototype uniform at a conference this week — which immediately drew comparisons to the uniforms worn by officers in the 2000s TV series "Battlestar Galactica." 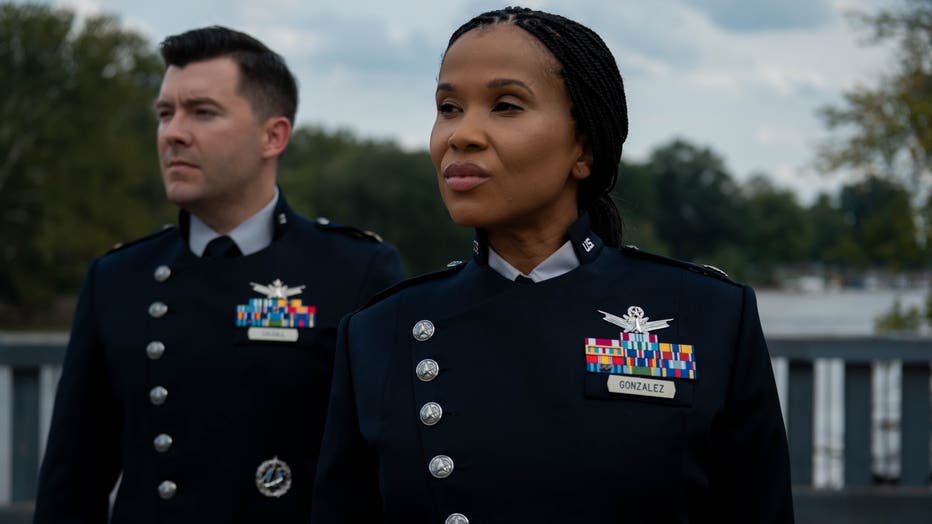 The show became a trending topic on Twitter shortly after the Space Force tweeted a photo of the navy blue, double-breasted tunic and gray pants.

The jacket is fastened with six diagonal buttons — which represent the Space Force’s place as the sixth branch of the U.S. Military — and features a high collar, just like the jacket worn in the show.

Despite the similarities, Gen. Raymond took pride in sharing the uniforms. He told the crowd the uniforms would undergo more tweaking in the coming months.

"Every winning team needs a uniform! We started with the female design and then created the male prototype. I’m excited to share the new look w/you today," he tweeted.

In January 2020, the Pentagon revealed the Space Force’s logo, which immediately drew comparisons to Starfleet Command’s emblem from the "Star Trek" TV series.

Around that time, Space Force shared images of its camouflage "utility uniform." The camo look reminded "Star Wars" actor Mark Hamill of the outfits he and others wore on the imaginary moon Endor, leading him to share a photo of Harrison Ford in his costume.