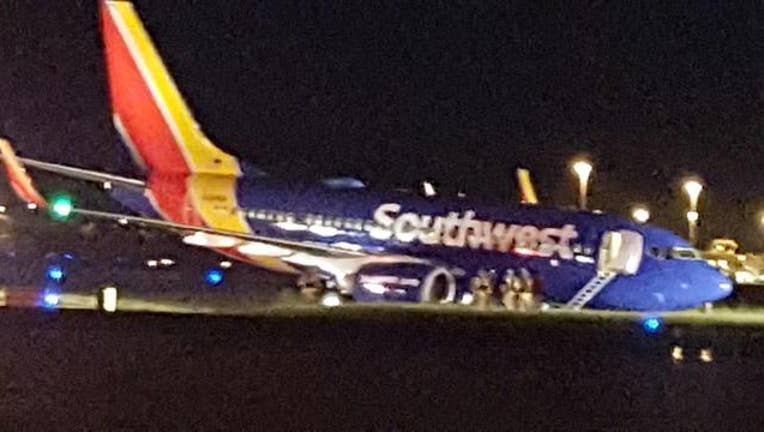 ORLANDO, Fla. (AP) — A Southwest Airlines plane went nose down into a grassy area off a taxiway at Orlando International Airport as it was being moved from a passenger gate to a maintenance hangar.

Airport spokeswoman Carolyn Fennell says the Boeing 737 was being moved Tuesday night when it went into the grass. It remained there Wednesday morning.

Southwest Airlines says two mechanics on board the plane weren't injured. There were no passengers on the plane.

The Orlando Sentinel (http://bit.ly/1HGybPe) reports one runway is closed as crews work to move the plane. Three other runways remain open and the plane is not affecting airport operations.

Officials say it's not clear what caused the plane to leave the taxiway.