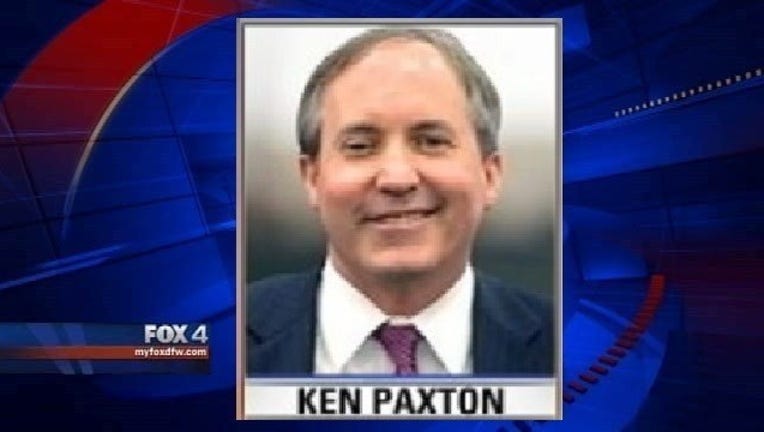 A grand jury has indicted Texas Attorney General Ken Paxton on felony securities fraud charges that accuse the Republican of misleading investors before he took over as the state's top law enforcement officer, a special prosecutor said Saturday.

Kent Schaffer, a Houston defense attorney appointed by a judge to the case, told The New York Times that a Texas grand jury indicted Paxton on two counts of first-degree securities fraud and a lesser charge of not registering.

The most serious allegation is that he encouraged investment in McKinney-based tech startup company Servergy Inc., which is now under investigation by the Securities and Exchange Commission. The Associated Press reported Paxton's involvement with the company -- and that a federal investigation was under way -- last month.

Paxton also was fined last year for not disclosing to Texas securities regulators that he was getting commissions for soliciting investors.

Paxton's lawyer and a spokesman for his office didn't respond to messages seeking comment Saturday by the AP.

Late Saturday, Schaffer and his co-special prosecutor in the case, Brian Wice, issued a statement that only hinted at the indictment. The defense attorneys said they had dedicated their careers to ensuring anyone accused of a crime was guaranteed a presumption of innocence and a fair trial.

"Because our statutory mandate as special prosecutors is not to convict, but to see that justice is done, our commitment to these bedrock principles remains inviolate," they said.

Paxton's aides have said the investigation in Collin County, home to McKinney, was politically motivated. Schaffer and Wice, who was the lead attorney in former Republican U.S. House Majority Leader Tom Delay's successful appeal of his money laundering conviction, have noted that the investigation involved the Texas Rangers.

Schaffer told The New York Times that the allegations regarding Servergy are first-degree securities fraud. He said Paxton is accused of encouraging investors in 2011 to put more than $600,000 into Servergy, while not telling them he was making a commission on their investment and misrepresenting himself as an investor.

Conviction of a first-degree felony in Texas carries a punishment of five years in prison to life.

Paxton is also accused of failing to register as a solicitor while taking commissions for referring law clients to a financial investor. That charge, a third-degree felony, could bring two to 10 years in prison if convicted.

Paxton accepted a $1,000 fine from the Texas State Securities board last year. At the time, the state board declined to pursue criminal charges. But the matter was revived after a complaint by the left-leaning watchdog group Texans for Public Justice, and a judge ultimately appointed the two special prosecutors.

"It is time for Paxton to face the consequences. This is yet another example of the corrupt culture that fester with one-party, unchecked Republican power," Texas Democratic Party Executive Director Manny Garcia said.

The cloud of a criminal investigation has shadowed Paxton while he emerged as a national Republican figure during his first six months as Texas' attorney general.

A tea party star in Texas, Paxton recently advised county clerks they could refuse to issue marriage licenses to same-sex couples on religious grounds after the U.S. Supreme Court legalized the unions nationwide.