The son of an FBI Most Wanted suspect will spend 10 years in federal prison for keeping his father hidden from authorities for years.

GRAND PRAIRIE, Texas - The son of an "FBI Most Wanted" suspect will spend 10 years in federal prison for keeping his father hidden from authorities for years.

The son of Yaser Said received his sentence Tuesday after admitting in January that he kept his father hidden since 2008 when Yaser allegedly murdered his daughters.

Yaser, one of the FBI’s most wanted suspects, was hiding out for 12 years. Most of that time, he was right here in North Texas. His son, who helped keep him hidden, was sentenced to prison.

Islam Said was sentenced to 10 years in federal prison Tuesday for helping his father, a capital murder suspect, hide out for 12 years.

"He’s annihilated his family. He executed his daughters. His son’s now going to be in prison. He’s in prison. He’s not going to see probably the light of day outside behind bars," she said. "And they were together the last four years of her life."

Trotter feels Amina and her sister, Sarah, were a part of her family.

But it was New Year’s Day in 2008 when investigators say Yaser shot his teenage daughters to death in his taxicab and abandoned their bodies. Investigators labeled it an "honor killing." Yaser was reportedly angry the girls were dating boys and becoming "Americanized." 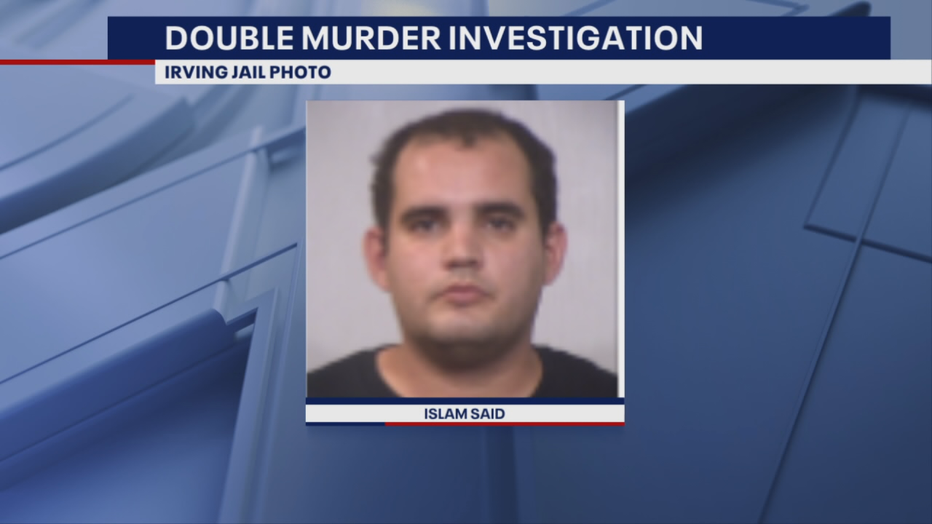 "Those of us that were there with the girls and that love the girls, we are all still experiencing this," Trotter said.

Yaser went into hiding. He was an FBI’s 10 most wanted fugitive. The FBI nearly caught him in 2017, but he escaped moments before a raid. He was finally captured at a relative’s home in Justin last August.

"It was a ray of sunshine knowing that finally maybe the girls will have justice," Trotter said.

Yaser’s son, Islam, and his brother, Yassein, were both arrested in Euless for harboring a fugitive.

Islam pleaded guilty in January, facing up to 30 years in prison. He got 10 years Tuesday afternoon.

"I don’t think any amount of time," she said. "I mean the girls will never be back, but at least there’s some solace of justice now."

Yaser is scheduled to appear in court this May, but he’s already had his previous five hearings rescheduled.

Yaser’s brother, Yassein Said, was found guilty to concealing a person from arrest. He’ll be sentenced in June.