FORT WORTH, Texas - Texas Christian University Head Coach Gary Patterson publicly apologized for using a racial slur during a weekend practice. He said it is unacceptable in any context.

The TCU chancellor and other players supporting Patterson said he said the word when calling out a black player who was using it. They said he was trying to tell the player to stop using the word and did not use it against the player or any individual.

Patterson posted an apology on Twitter Tuesday. He said he met with the football team's seniors and leadership council about how to move forward.

The whole controversy started during practice Sunday when Patterson used the n-word in a confrontation with redshirt freshman Dylan Jordan.  Patterson reportedly criticized Jordan for using the n-word in the team meeting room.

As a result, Jordan claimed that players refused to go to practice Monday morning. 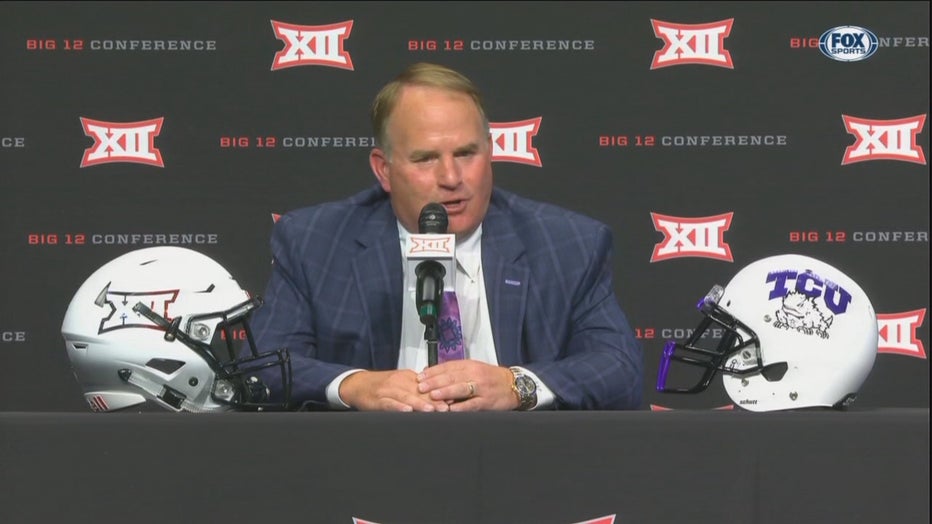 Tight end Antavious Lynn seemed to confirm that on social media, although he indicated he thought the story was being blown out of proportion. He noted that Patterson was not directing the slur at Jordan but rather repeating what Jordan had said and telling him to stop saying it.

Lynn said because players felt it was nonetheless unacceptable for Patterson to use that word, some guys did skip practice on Monday.

TCU receiver Deirus Davis on Twitter simply wrote that Coach Patterson did not call any of his players the n-word.

Patterson took over as TCU head coach in 2000, the second-longest current tenure of any football coach in Division One.

TCU Chancellor Victor Bochini called this a teachable moment for Patterson and others.