At Uniform World in Dallas, the workwear has been approved, but the small business paycheck protection loan has not.

DALLAS - A congressional deal to bring in more money for small businesses could happen as soon as Tuesday.

It will likely include more money for paycheck protection loans since many small businesses missed out on the first round.

It was supposed to be the light at the end of the tunnel for small businesses. But with the cash all claimed and tens of millions going to corporations, many worry there will be dark days ahead.

At Uniform World in Dallas, the workwear has been approved, but the small business paycheck protection loan has not. 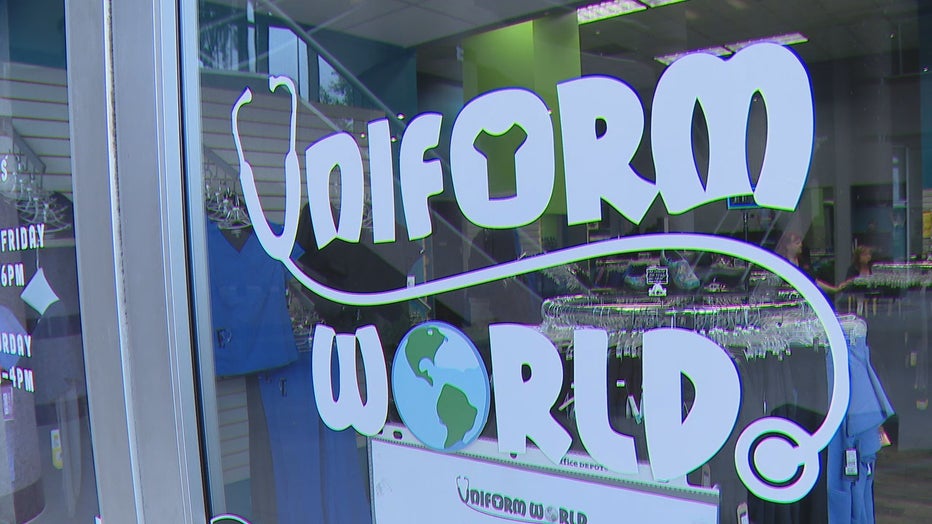 “This is the only job I have ever had, and all of it could be gone,” said Lori Alfrey, the company vice president for Uniform World. “All of my employees that have been here and loyal to me from day one, and it can all be gone.”

Alfrey says she applied as soon as she could. But despite being among the first to ask for even just a small part of the hundreds of billions in available funds, the program ran dry.

Instead, Alfrey is left with a sharp drop in business. She's offered free shipping, cut staff hours and has even offered curbside pickup.

“We're making enough to barely pay the rent, and that's about it,” she said.

And while Alfrey’s business is hanging by a thread, huge corporations, like the upscale Ruth's Chris Steak House, got $20 million in forgivable federal funds.

They're joined by Shake Shack, who got $10 million thanks to a loophole that allowed restaurants and hotels of any size to ask for funding. The trendy burger joint has announced they're giving their money back after facing sharp public criticism.

“It should have went to small businesses first,” Alfrey said.

According to a report filed by the U.S. Small Business Administration, almost 70,000 loans were approved for a million dollars or more. More than 4,400 got the green light for loans over $5 million.

At the top of the list was the construction industry. It was approved for almost $45 billion in forgivable loans, despite being deemed essential and still allowed to operate.

For now, Alfrey is still allowed to operate and is making masks from surplus fabric so her company can donate them to those in need.

The issue is during the initial offering, there were more than 100,000 applications an hour. Some in the know say unless your application was submitted in the first few minutes, you missed out.