Some Texas bars took advantage of new reopening guidelines that allowed them to open at midnight. FOX 4's Ashley Paradez reports live with the story.

DALLAS - As of midnight, bars could open again to the public and some wasted no time getting back to business.

Gov. Greg Abbott included bars in Phase 2 of his plan to reopen Texas, allowing them to open at 25% capacity beginning on May 22.

Lee Harvey’s, a popular grungy dive bar in Dallas’ Cedars neighborhood, did just that. After a two-month hiatus, there was a small line to get inside.

People hung out in the outdoor patio area where tables were spaced out. Some came wearing masks and others didn’t.

The bar plans keep its patrons outside on its patio which normally fits more than 400 people. The staff will make sure tables stay spaced out and people are appropriately distanced.

“I don’t know what to anticipate this weekend,” Zbylut said. “I don't know if it's going to be a line out to the door or people are going to be freaked out.” 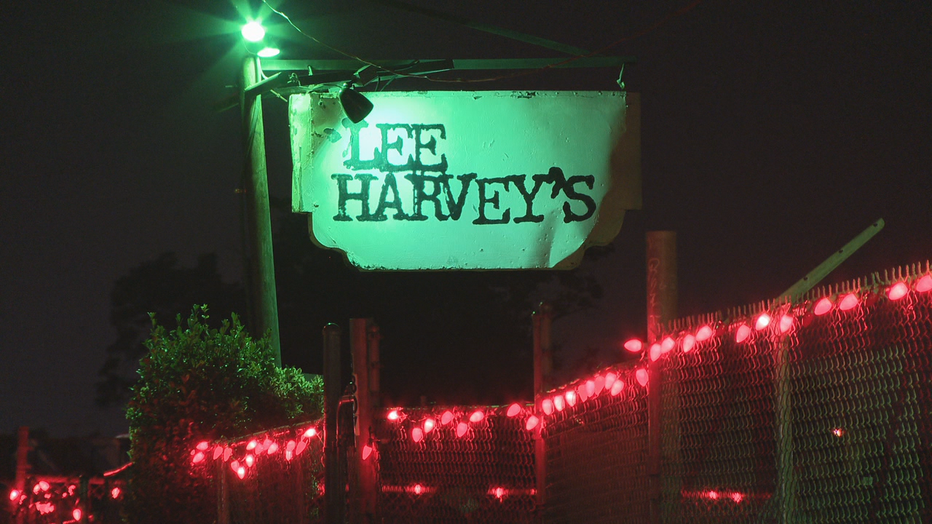 There are some concerns from Dallas city officials that not every establishment will keep to that limit as the doors reopen for the first time on a holiday weekend.

Nearby in Dallas' Deep Ellum neighborhood, city code compliance officers have been visiting restaurants and bars to make sure they're up to speed on the changes.

“A lot of people have a lot of questions,” said Kelley Price with the Dallas Dept. of Code Compliance. “We want to makes sure they are following the rules and in compliance.”

The primary goal is education rather than citations.

“Hopefully, we'll not have to escalate to that,” Price said. “But our primary focus is education as it relates to COVID-19 and notices prior to citations.”

During an ad hoc committee at city hall on Thursday, some city leaders expressed concern.

“I know that there will be bars that take advantage of it,” said Councilman David Blewett. “And I don't think saying that a citation will be issued will be effective enough.”

The city said the fire marshal's office and a 25-person Dallas police team will also provide support dealing with any issues that crop up. Enforcement won't be limited to just citations.

“I think the fire marshals, if they exceed the 25 percent this weekend, these guys need to be shut down for capacity reasons. Is that something we're going to be doing?” Blewett asked.

“I think all options are on the table,” said Dallas Asst. City Manager Jon Fortune. “We have several resources we've discussed with the committee previously.”

Speaking with FOX 7 Austin on Thursday, Gov. Abbott said he’s confident bars will be able to safely open, comparing it to the phased rollout with restaurants.

Some Dallas bars to open at stroke of midnight Friday under Gov. Abbott’s newest guidelines

Bars will be allowed to open back up on Friday, but some restaurants aren’t waiting for Friday night. Several will open up at the stroke of midnight.

For bars like Lee Harvey's, owners said they'll be vigilant as a new normal begins.

“I’m going to have our door guy come in and sort of monitor the situation,” Zbylut said. “Make sure everyone is spaced out and playing by the rules.”

Not every bar will reopen this weekend. Places like The Nines in Deep Ellum plan to remain closed through the end of the month to implement new protocols.