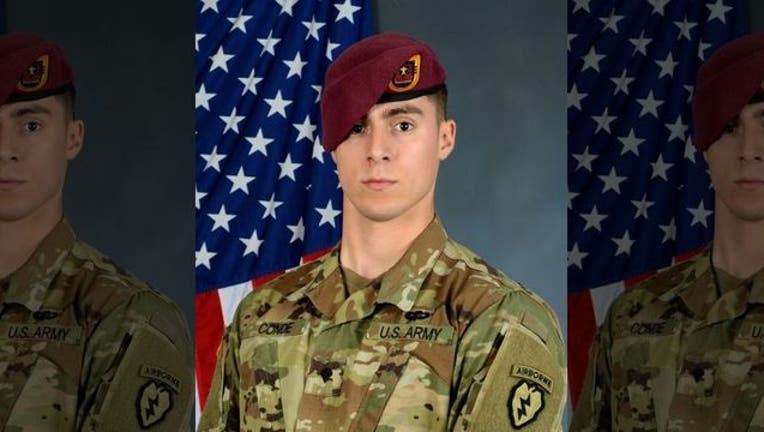 FOX NEWS - The 22-year-old U.S. service member killed Monday during a combat operation in eastern Afghanistan died just weeks before his deployment was scheduled to end.

Spc. Gabriel D. Conde, 22, of Loveland, Colorado, was killed while supporting Operation Freedom's Sentinel and died as a result of “enemy small arms fire” in the Tagab District of Afghanistan on Monday, Department of Defense said in a statement Tuesday.

Army Alaska Public Affairs spokesman Lt. Col. Martyn Crighton told the Loveland Reporter-Herald that Conde, who was deployed in September 2017, nearly had completed his nine-month deployment, and was set to redeploy to Alaska within the coming weeks.

Another spokesperson, John Pennell, told the Anchorage Daily News that Conde was hit by rifle fire, but did not elaborate further.