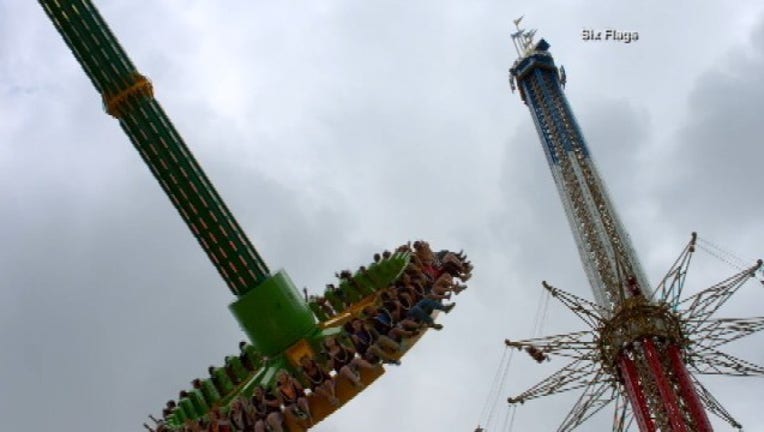 Six Flags Over Texas is opening three new rides as summer gets closer.

The Gotham City area of the park is expanding, adding new Batman-themed rides. The Riddler Revenge swings up to 147 feet in the air while rotating. Catwoman Whip spins in a circular motion. Harley Quinn Spinsanity twists and whirls around.

Tuesday, media and VIP guests had the chance to experience the rides. The park held a ribbon cutting ceremony for the expanded area at 11 a.m. Officers from the Arlington Police Department were the ceremonial first riders on the Catwoman Whip.

The expanded Gotham City area will open to the general public on Saturday.