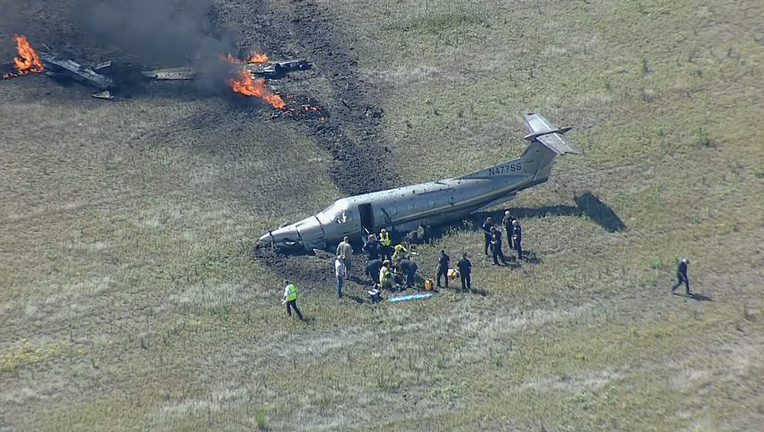 MESQUITE, Texas - A single-engine plane went down near Mesquite shortly after taking off from DFW International Airport Thursday afternoon.

The Pilatus PC-12 plane took off just after 3:30 p.m., and crashed near the Mesquite Metro Airport. The plane was reportedly headed to Alabama.

Investigators report the plane went down shortly after the pilot reported a loss of engine power to air traffic controllers.

Parts of the plane went up in flames after crash landing.

It’s not yet known how many people were on the plane, and there’s no information on their conditions.

The FAA and NTSB are both investigating.