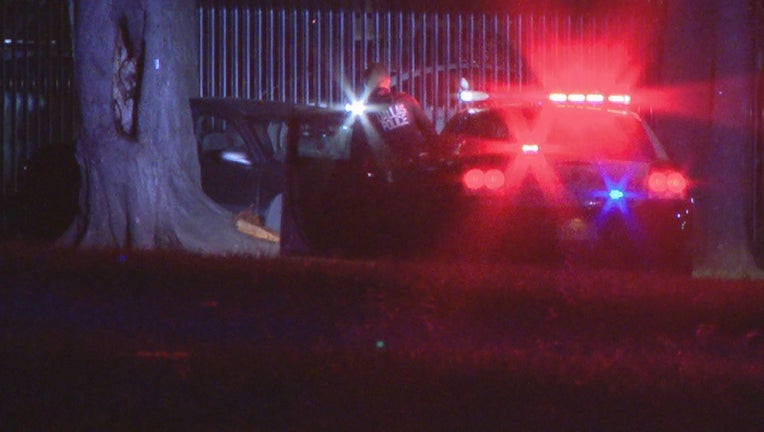 DALLAS - A violent crime landed at the back door of the Dallas police station early Monday morning.

A woman got into an argument with her boyfriend not far from the Northeast Substation on Northwest Highway near Audelia Road.

She got out of his vehicle and was picked up by two strangers who saw her in trouble.

The boyfriend chased them as they called 911 and drove towards the police station. He rammed their car and started shooting at them.

The Good Samaritans’ car hit a tree behind the substation. The boyfriend kept shooting until he saw responding officers, then drove off.

Police said they do know who they are looking for.

No one was hurt in the shooting.