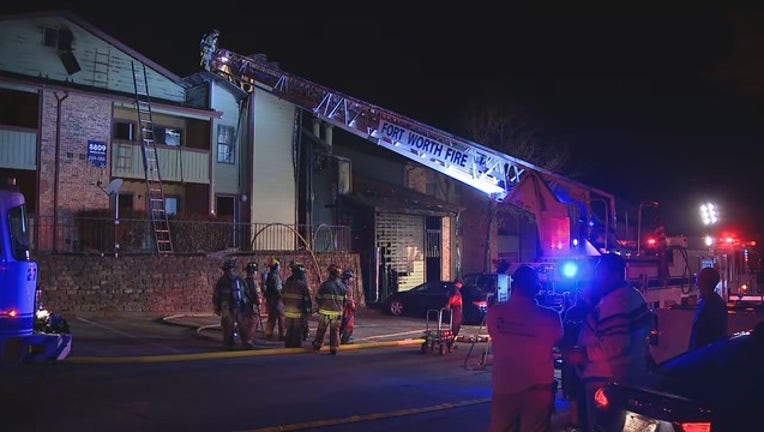 Several people were left homeless after an apartment complex fire in Fort Worth Friday night.

The fire at the La Jolla Apartments broke around 8:45 p.m. The complex is off of Alexis Avenue in Fort Worth.

Nine adults and children are without a place to sleep tonight after the fire that destroyed eight units.

Fort Worth Fire Rescue arrived on scene within four minutes of the first 911 call. When they arrived at the complex, the entire stairwell of one of the buildings was on fire. The flames quickly spread to the units.

Firefighters were able to clear the building and get the fire under control. Shortly after the fire was out, a Fort Worth Fire Rescue spokesman talks about the dynamics at play.

“An apartment complex people are so packed together you got people that live right next door to you. You may know them. You may not. It’s important to know that your smoke alarms are working,” said Fort Worth Fire Spokesperson Kyle Clay. “If you got somebody next door to you that has a fire in their apartment, you need to have that thing going off for you as well so you can get out in time.”

The fire was quickly put under control without any injuries.