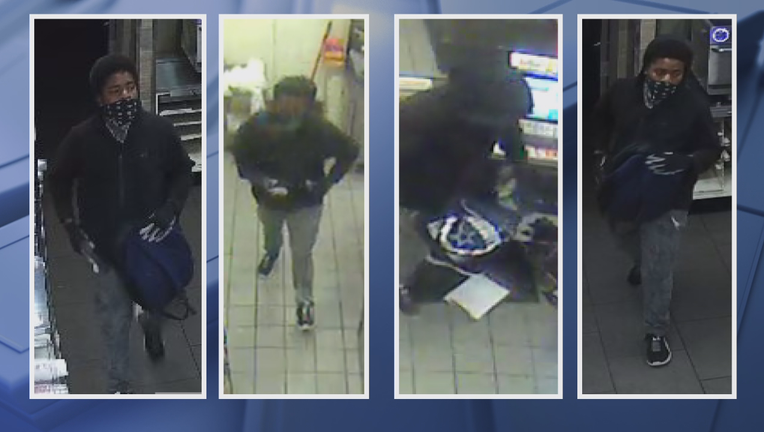 NORTH RICHLAND HILLS, Texas - Police think a serial robber behind a string of holdups in Tarrant County has struck again.

He was wearing a black hoodie, black sweats, a navy blue bandana and had a Dallas Cowboys drawstring backpack on at the time.

Police believe the same man robbed stores in Haltom City, Southlake and Bedford. Cameras have gotten a decent look at his face in some of these crimes.

Anyone who recognizes the suspect is asked to contact Tarrant County Crime Stoppers at 469tips.com or call 817-281-1000.