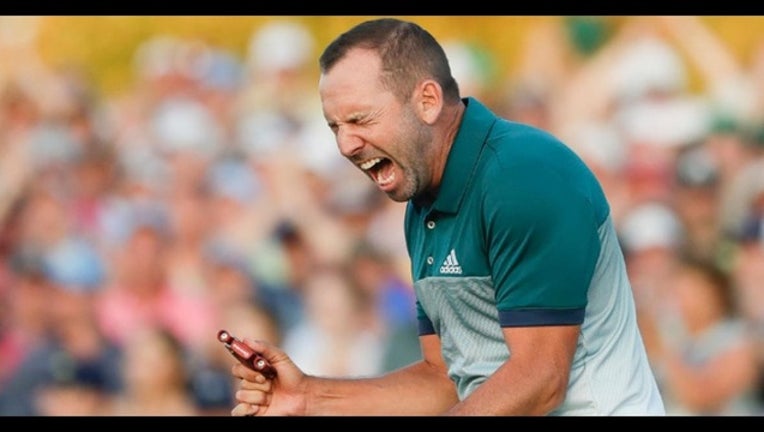 Sergio Garcia finally showed he has what it takes to win a major, and he has a green jacket to prove it.

Needing his best golf on just about every shot in the final hour at the Masters, Garcia overcame a two-shot deficit with six holes to play and beat Justin Rose in a sudden-death playoff Sunday for his first major after nearly two decades of heartache.

No one ever played more majors as a pro -- 70 -- before winning a major for the first time.

Garcia got rid of the demons and the doubts with two big moments on the par 5s -- one a par, the other an eagle -- in closing with a 3-under 69. It was never easy until the end, when Rose sent his drive into the trees on the 18th hole in the playoff, punched out and failed to save par from 15 feet.

That gave the 37-year-old Spaniard two putts from 12 feet for the victory, and his putt swirled into the cup.

"Ser-gee-oh! Ser-gee-oh!" the delirious gallery chanted to Garcia, who couldn't contain his emotion.

Rose lovingly patted Garcia's cheek before they embraced. Garcia turned with arms to his side, blew a kiss to the crowd and then crouched down and slammed his fist into the turf of the green.

"If there's anyone to lose to, it's Sergio. He deserves it," Rose said. "He's had his fair share of heartbreak."