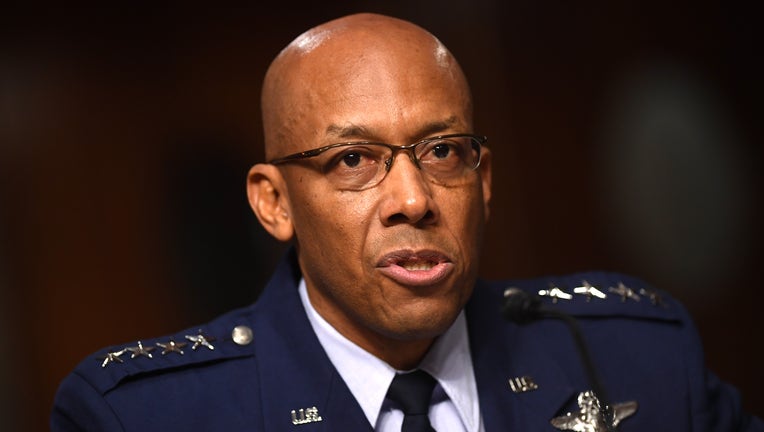 WASHINGTON, DC - MAY 07: Gen. Charles Q. Brown, Jr., nominated for reappointment as Chief Of Staff of the U.S. Air Force, testifies during a Senate Armed Services hearing May 7, 2020 on Capitol Hill in Washington, DC. (Photo by Kevin Dietsch-Pool/Get

WASHINGTON (AP) - The Senate on Tuesday unanimously confirmed Gen. Charles Brown Jr. as chief of staff of the U.S. Air Force, making him the first black officer to lead one of the nation's military services.

Vice President Mike Pence took the unusual step of presiding over the vote, something he usually does to break ties. But Brown's confirmation, 98-0, was not close. Pence called the moment “historic."

The vote came as the Trump administration and the mostly white Senate Republican conference grapple with the aftermath of the killing of George Floyd in police custody in Minneapolis. Protests have convulsed the nation alongside the coronavirus pandemic, with racial discrimination being the common thread between them. The vote in Washington overlapped with Floyd's funeral in Houston.

Brown most recently served as the commander of U.S. Pacific Air Forces. He is a fighter pilot, with more than 2,900 flying hours, including 130 in combat.

He posted a video on social media Friday describing a lifetime of dealing with racial bias and the struggle to fit in to a predominantly white society.

Brown was commissioned in 1984 as a distinguished graduate of the ROTC program at Texas Tech University.

He has served in a variety of positions at the squadron and wing levels, and commanded a fighter squadron and two fighter wings. He also was an F-16 instructor at the U.S. Air Force Weapons School.

The military, with African Americans making up a little over 17% of its active-duty ranks, is more racially diverse than the country, which is 13% African American, according to 2019 Census estimates. The Army is the most diverse with more than 21% African Americans, while the Marine Corp is the least, with 10%. Blacks make up about 17% of the Navy and less than 15% of the Air Force.

But there is a much greater racial divide within the active-duty military based on rank.

Nineteen percent of active-duty enlisted troops are black, but they make up only 9% of the officer corps. Of those, there are just 71 who are general or flag officers, wearing one to four stars, including only two who have attained the top four-star rank.