Tim Pletten, General Manager at Coffee Cup Fuel Stop, talks about how he and his staff helped truck drivers who were stranded at his fuel stop for five days due to a winter storm.

VIVIAN, S.D. - Feet of drifting snow and wind gusts up to 60 mph stranded truck drivers last week for several days at a South Dakota fuel stop until their rigs could be unburied from mounds of snow.

Huge snow drifts made it impossible for drivers to see forcing dozens of semi-truck drivers and staff to shelter at Coffee Cup Fuel Stop for several days until their trucks could be uncovered.

When Interstate 90 closed, Pletten said drivers had no place else to go. 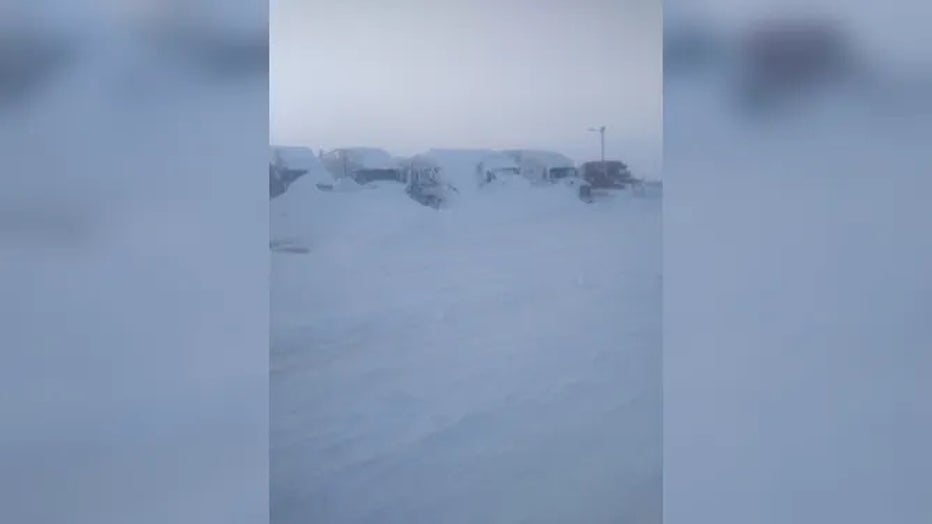 Semi trucks were buried during a blizzard in South Dakota forcing their drivers to stay at a fuel stop for days. (Image credit: TIM PLETTEN)

"When they closed the interstate, they just continued to come in and fill up the parking lot," Pletten said.

On Dec. 15, a maximum 63 mph wind gust was recorded at Pierre Municipal Airport, north of the fuel stop, according to the National Weather Service in Aberdeen, South Dakota.

"Now you know why we have some insanely tall snow drifts across the forecast area," the NWS said.

Pletten shared images of the days spent at the fuel stop as they waited for relief from the blizzard. The photos show trucks buried up to the roofline and drifting snow covering any sign of a road or parking lot.

Semi trucks were buried during a blizzard in South Dakota forcing their drivers to stay at a fuel stop for days. (Image credit: TIM PLETTEN)

Throughout the blizzard, Pletten said the fuel stop was getting calls from 60 miles away looking for diesel, but there was no way to get it to drivers.

Pletten said despite the harsh winters in South Dakota, this was the first time the Coffee Cup Fuel Stop turned into temporary lodging for drivers and staff.

Vivian is again under a Blizzard Warning as a winter storm moves across the country during Christmas week. The arctic blast is forecast to spawn life-threatening cold temperatures and drop snow across the Midwest and Great Lakes.

A Winds Chill Warning is in effect for cities including Pierre and Mobridge, where the wind chill will be as low as negative 55 degrees.