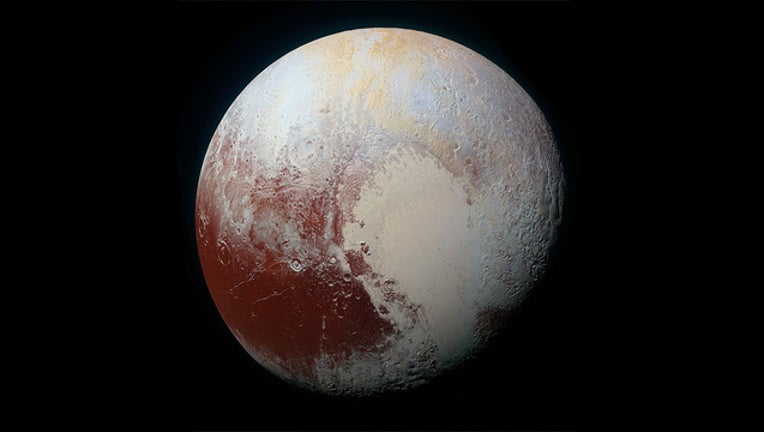 WASHINGTON (FOX 13) - The world was fascinated by the first-ever close-up pictures from Pluto earlier this year, but now we're getting a better look at the icy dwarf planet.  NASA has released a new color version of the New Horizon probe's iconic 'heart' photo.

The image reveals a frozen landscape reflecting hues of red and yellow, though it's not quite how it would appear to the eyes of a human exploring the outer reaches of the solar system.  NASA explains how the new photo combines blue, red and infrared images taken by the probe's Ralph/Multispectral Visual Imaging Camera.

Features on the surface of the planet as small as 0.8 miles are visible.

"Many landforms have their own distinct colors, telling a complex geological and climatological story that scientists have only just begun to decode," a NASA press release described.  "The viewer is encouraged to zoom in on the image on a larger screen to fully appreciate the complexity of Pluto’s surface features."