Early retirement could cost you thousands of dollars

New research by Boston University economists and the Federal Reserve Bank of Atlanta says only 6% of U.S. workers wait until the maximum age of 70 to claim all possible Social Security benefits.

WASHINGTON - A section of the $1.7 trillion spending bill passed Friday has been billed as a dramatic step toward shoring up retirement accounts of millions of U.S. workers. But the real windfall may go to a far more secure group: the financial services industry.

It also allows workers to use their student loan payments as a substitute for their contributions to their retirement plans — meaning they can get matching retirement contributions from their employers by paying off that debt — increases the age for required distributions from plans, and expands a tax-deductible saver's credit.

But as with so many far-reaching spending bills that get little public consideration, provisions of the legislation also benefit corporate interests with a strong financial interest in the outcome. 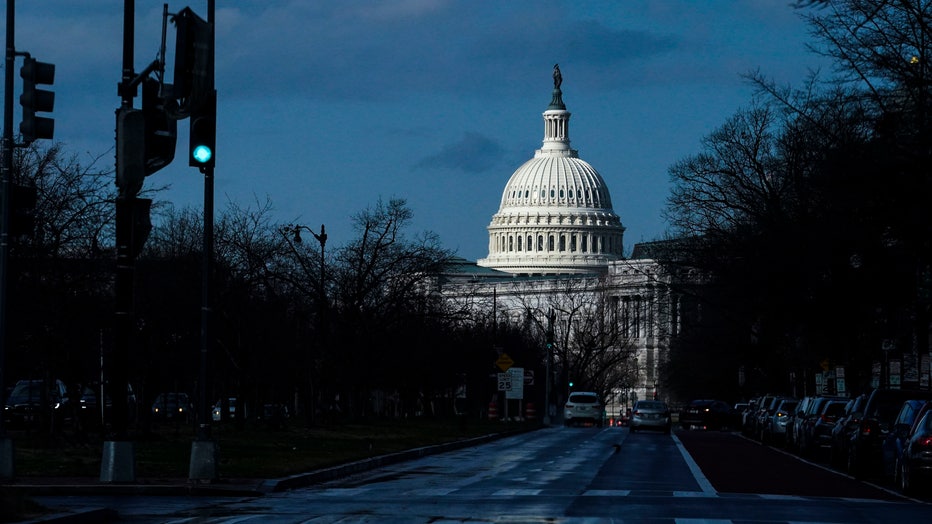 December 23:Sunlight falls on the US Capitol Building in Washington, DC on December 23, 2022. (Photo by Carolyn Van Houten/The Washington Post via Getty Images)

"Some of these provisions are good and we want to help people who want to save — but this is a huge boon to the financial services industry," says Monique Morrissey an economist at the liberal Economic Policy Institute in Washington. Some parts of the bill, she says, are "disguised as savings incentives."

Daniel Halperin, a Harvard law professor who specializes in tax policy and retirement savings, said one of the most clear benefits to industry is the provision that gradually increases the age for mandatory distributions from 72 to 75. "The goal is to leave that money there for as long as possible," in order to collect administrative fees, he said. "For people who have $5 to $7 to $10 million saved, firms keep collecting fees. It's crazy to allow them to leave it there."

Companies like BlackRock Funds Services Group, Prudential Financial, Pacific Life Insurance and business lobbying groups such as the Business Roundtable and American Council of Life Insurers are only some of the entities that lobbied lawmakers on Secure 2.0, Senate lobbying disclosures show.

Katherine DeBerry, a representative from Prudential, said the firm applauds the passage of Secure 2.0, stating that it "will help ensure employees’ retirement savings last a lifetime."

A representative from Blackrock declined to comment and Pacific Life, the Business Roundtable and American Council of Life Insurers did not respond to Associated Press requests for comment. The disclosure forms require only minimal information about the outcome the lobbyists sought. 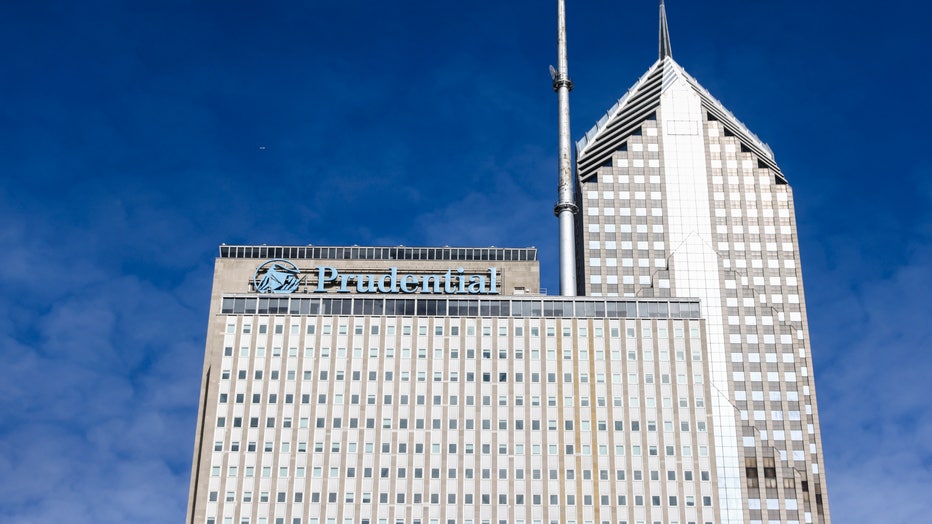 Prudential logo sign is seen on a building in Chicago, United States, on October 14, 2022. (Photo by Beata Zawrzel/NurPhoto via Getty Images)

Retiring Sen. Rob Portman (R-Ohio) and Sen. Ben Cardin (D-Md.) had been ushering Secure 2.0 through the massive spending bill known as an omnibus. Nearly half of the 92 provisions in Secure 2.0 come, in full or part, from Cardin-Portman legislation that was approved unanimously by the Senate Finance Committee in the summer.

"Senator Cardin is proud of his role producing a balanced package that is supported by business, labor and consumer groups," Cardin spokesperson Sue Walitsky said in a statement. "It protects and encourages retirement savings among the most vulnerable, particularly lower-income individuals."

Mollie Timmons, a spokeswoman for Portman said the provisions of Secure 2.0 will "help part-time workers and help more small businesses offer retirement plans to their workers, which is where most lower-income workers are employed." 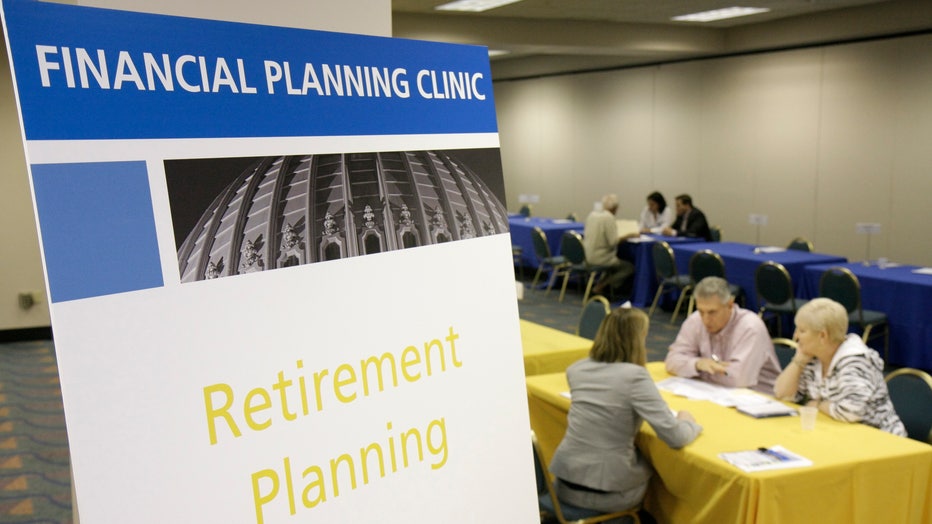 Both lawmakers' campaigns have received large contributions from firms tied to the retirement industry, according to OpenSecrets — with Cardin receiving $329,271 from the securities and investment industry from 2017 to 2022 and Portman receiving $515,996 from the same industries in the same period.

There are good provisions in the legislation for average Americans, experts say, like the creation of employer emergency savings accounts alongside retirement accounts. The new accounts let workers create tax-protected rainy day funds. The legislation also expands the saver’s credit, which provides a 50 percent tax credit on savings up to $2,000, that will be deposited directly into a taxpayer’s IRA or retirement plan.

Morrissey and other retirement experts also say the provisions are a reminder of the need to shore up Social Security — the social program that benefits more than 70 million recipients — retirees, disabled people and children. The annual Social Security and Medicare trustees report released in June says the program’s trust fund will be unable to pay full benefits beginning in 2035.

READ MORE: The 'downright ugly' retirement moves Americans made over the past two years

For many Americans, Social Security — financed by payroll taxes collected from workers and their employers — is their only means of retirement savings.

In the sweeping spending package passed Friday, lawmakers authorized roughly half of the $1.4 billion spending increase proposed by the Biden administration for Social Security.

"Funding for the Social Security Administration has steadily eroded over the past decade, while the number of people it serves has grown," said Nancy LeaMond, AARP executive vice president. "This has resulted in longer wait times, overwhelmed field offices and disability processing times that have skyrocketed to an all-time high.

"More must be done," she said.

In a Pew Research Center poll in January, 57 percent of U.S. adults said that "taking steps to make the Social Security system financially sound" should be a top priority for the president and Congress. Securing Social Security got bipartisan support, with 56% of Democrats and 58% of Republicans calling it a top priority.

Still, the latest legislation is a small step meant to assist the millions of Americans who haven’t saved for retirement.

U.S. Census data show that roughly half of Americans are saving for their retirement. In 2020, 58% of working-age baby boomers owned at least one type of retirement account, followed by 56% of Gen X-ers, 49% of millennials and 7.7% of Gen Z-ers.

Olivia Mitchell, a Wharton economist who specializes in retirement savings, says the results of Secure 2.0's passage may be felt most with workers at companies that match their employees' contributions.

She said research suggests that auto-enrollment can boost retirement plan coverage initially but participation may fall over time.

Mitchell studied the first state-based plan of its kind, OregonSaves, which auto-enrolled workers whose firms did not have retirement savings plans. She found that only 36% of workers had a positive balance after one year. Less than half of those in the plan were still contributing after a year.

Nonetheless, she said, "the fact remains that low-paid workers who change jobs often are a difficult target to reach via retirement saving plans."