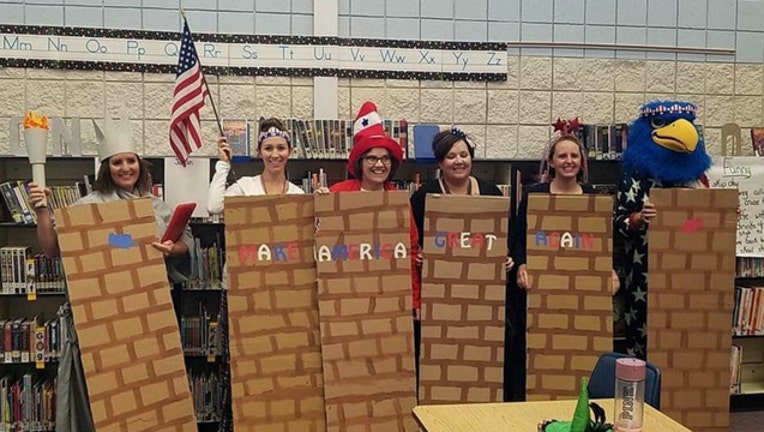 After the announcement, the board went into executive session, which is not open to the public.

Board Chairman Tim Winkle says the costumes were part of a team building activity after school hours.

Photos were posted to the district's Facebook page Thursday night and later removed, but screenshots captured the images that went viral.

Middleton is about 34 miles (55 kilometers) west of Boise, with 7,500 residents. The school district offers a migrant education program.