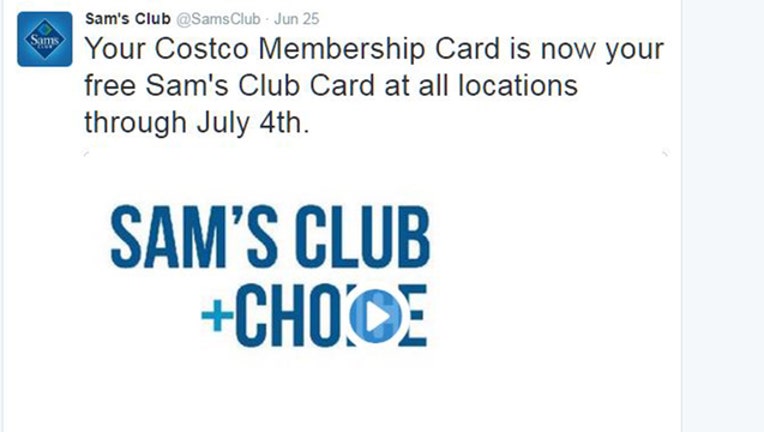 (FOX 13) - Sam's Club announced this week its stores would accept Costco membership cards at all locations through the Fourth of July.

Sam's Club said there was no cost associated with using a Costco card at its stores. The policy is likely a way to get Costco customers to compare service and selection of Sam's Club's warehouse stores to Costco's.

Costco membership cards would not be accepted for online orders, Sam's Club said.

The switch was supposed to happen earlier in the year, but apparently ran into some roadblocks.