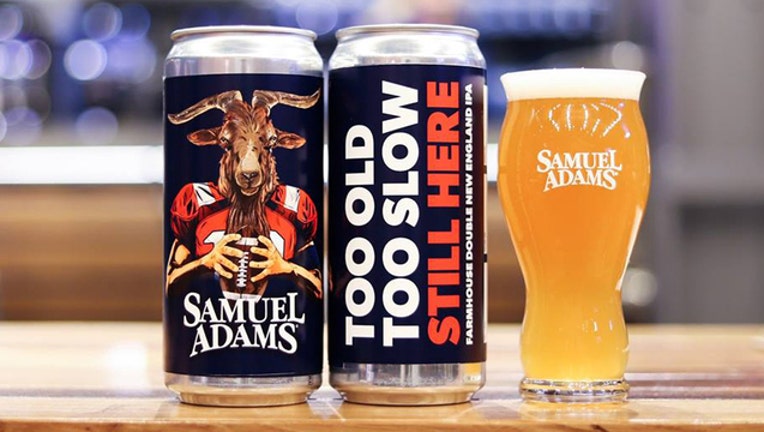 WASHINGTON (FOX 5 DC) - Ahead of Super Bowl LIII -- Boston-based Sam Adams is releasing a new beer in honor of a certain New England Patriots QB and they're calling it "Too Old, Too Slow, Still Here."

"Brewed for a team that defies the odds, this is a hard-hitting, never-quitting Farmhouse Double New England IPA."

They'll be tapping the beer Thursday at 4:30 p.m. and it will only be available at their Boston brewery tap room.

They will also have 199 crowlers available (in honor of the Tommy B's NFL draft pick) for purchase to take home.

"As New England’s brewer, we’ve brewed a special beer to celebrate New England’s football team. Too Old, Too Slow, Still Here launches at our Boston Brewery on Thursday, Jan. 31 at 4:30 p.m. with a celebration to start America’s biggest football weekend. We’ll have a sample of Too Old, Too Slow, Still Here; a pint of another Sam Adams beer; wings from Buffalo Wild Wings; and a commemorative poster for the first 300 fans to get here. Numbered tickets for crowler purchases will be distributed beginning at 3 p.m.

The beer will only be available on draft at our Boston Brewery, but we’re filling 199 commemorative crowlers for the first 199 fans at the party.