Maria Butina released from US prison, set to be deported

The 30-year-old, who prosecutors said conspired to influence American conservative activists and infiltrate the NRA, was expected to be to be deported back to Russia.

WASHINGTON - Russian citizen Maria Butina was quietly released from a Florida prison Friday morning and is now set for speedy deportation after having served most of her 18-month sentence for pleading guilty to acting as an unregistered agent for the Kremlin, Fox News has learned.

The 30-year-old initially was scheduled to be released from a prison in Tallahassee, Fla., in November, but because of her credit for good behavior – and a change in federal law – her release date was pushed up, Butina’s attorney, Robert Driscoll, told Reuters. 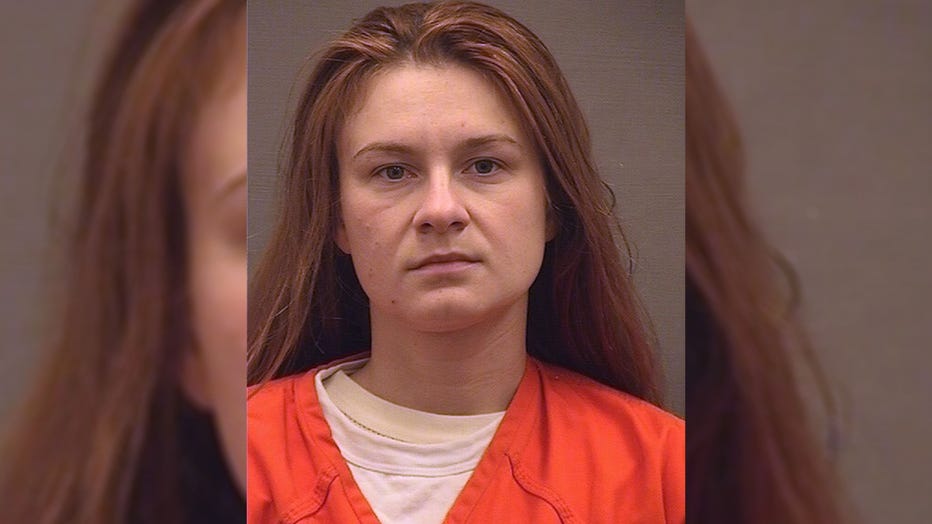 Driscoll added that Butina, who prosecutors said conspired to influence American conservative activists and infiltrate the National Rifle Association, is expected to be detained by U.S. immigration authorities immediately after her release to be deported back to Russia. U.S. Immigration and Customs Enforcement on Friday morning issued a statement confirming officials had taken custody of Butina.

Prosecutors last year claimed Butina used her contacts with the NRA and the National Prayer Breakfast to develop relationships with U.S. politicians and gather information for Russia.

In their filings, prosecutors said federal agents found Butina had contact information for people suspected of being employed by Russia's Federal Security Services, or FSB, the successor intelligence agency to the KGB. Inside her home, they found notes referring to a potential job offer from the FSB, according to the documents.

Investigators recovered several emails and Twitter direct message conversations in which Butina referred to the need to keep her work secret and, in one instance, said it should be "incognito." Prosecutors said Butina had contact with Russian intelligence officials and that the FBI photographed her dining with a diplomat suspected of being a Russian intelligence agent.

Russian President Vladimir Putin previously has spoken out against Butina’s plight, saying “it’s not clear what she was convicted of or what crime she committed."

"I think it’s a prime example of ‘saving face’,” he was quoted by Reuters as saying in April of last year. “They arrested her and put the girl in jail. But there was nothing on her, so in order not to look totally stupid they gave her, fixed her up, with an 18-month sentence to show that she was guilty of something.”

Butina said during her sentencing hearing she is “truly sorry” and regrets not registering as a foreign agent.

“I feel ashamed and embarrassed,” she said, adding that her “reputation is ruined.”