The CEO of Glen Rose Medical Center said, in one instance, there was a patient who needed emergency surgery in a couple hours, but it took more than 24 hours and a plane ride to south of San Antonio before they found a bed.

The dire situation these rural hospitals are in are a reflection of the tight resources, not just in big cities like Dallas and Fort Worth, but state and regionwide.

Hospitals are looking as far as Colorado, and even Florida, for beds. But sometimes it’s too late.

Glen Rose Medical Center is not a towering, sprawling hospital like those in Dallas or Fort Worth, but it is where healthcare workers are in one of the most difficult positions yet.

"They're working as hard as they can to try to keep these people alive long enough to get them to a place, and oftentimes, it's too late," Glen Rose Medical Center CEO Michael Honea said.

He said they had a patient without COVID-19 who needed emergency surgery.

It took more than 24 hours and calls to more than 60 hospitals to find a bed. Although they eventually found a bed, the patient didn’t make it.

"We did get a surgeon to accept this patient south of San Antonio. We did have to put them on a fixed wing aircraft and fly them there. But unfortunately, it just wasn't soon enough," Honea said.

"When transfers and treatments are delayed, you have harm. Talked to a physician in Bellville, Texas, this week that said he had never lost a patient to this particular diagnosis, but it took eight or 10 hours to get them flown to Houston and the patient didn't survive," Henderson explained.

Small hospitals are dealing with the burden because larger hospitals have few beds and staff to spare, as they themselves are overwhelmed. 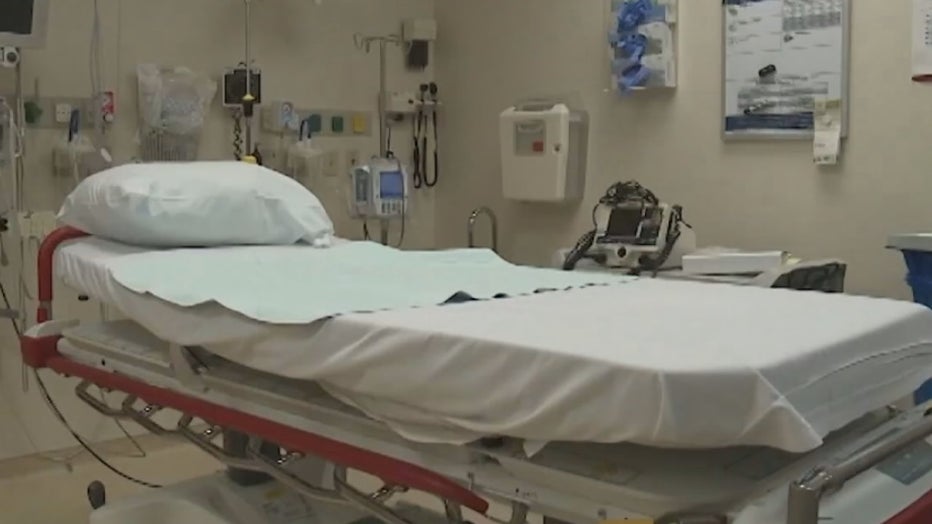 On Friday, Cook Children’s reported its highest number of children hospitalized with COVID-19, with 41.

Though Cook Children’s officials said, to this point, they have not had to transport patients elsewhere for treatment.

"It's bad enough having to deal with COVID on a daily basis, but when you're seeing patients with potentially preventable, treatable illnesses, and the only reason why they're not doing well is because there's not a bed available. It's devastating," Honea said.

With extra staffing and beds hard to come by, hospitals are now relying on the community to get vaccinated and mask up to help out both COVID and non-COVID patients alike.

"A lot of people, the complacency, they're kind of over and done and are not seeing what’s still playing out every day in the hospitals. It is kind of scary," Honea added.

The CEO of TORCH said there’s hope we could be near a peak, since statewide hospitalizations look like they could be plateauing.

But in Glen Rose, a variable is how schools may further the virus’ spread.

Glen Rose Junior High is among the schools that this week paused in-person instruction, and on Friday, the district announced it is extending its closure through Wednesday.