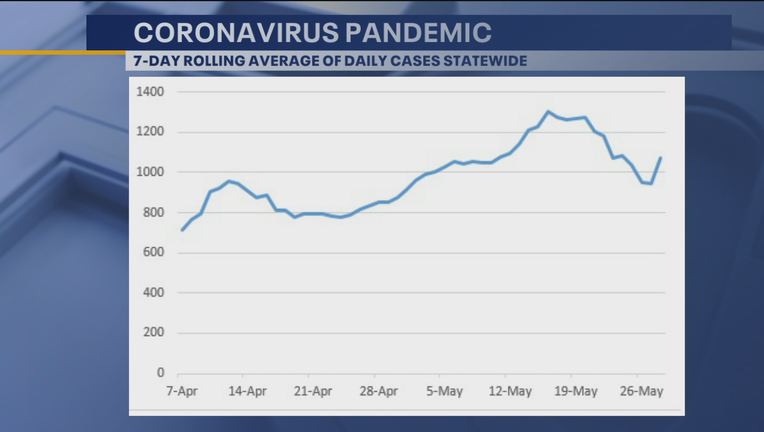 DALLAS - The state of Texas saw a small spike in coronavirus cases Thursday. The average number of North Texas cases also increased slightly for the second day in a row.

On Thursday, there was a daily record of 1,855 new COVID-19 cases along with 39 deaths statewide.

The seven-day rolling average in Texas increased to more than 1,000 for the first time in three days.

There were 359 new cases reported in the four most populous North Texas counties along with four deaths. 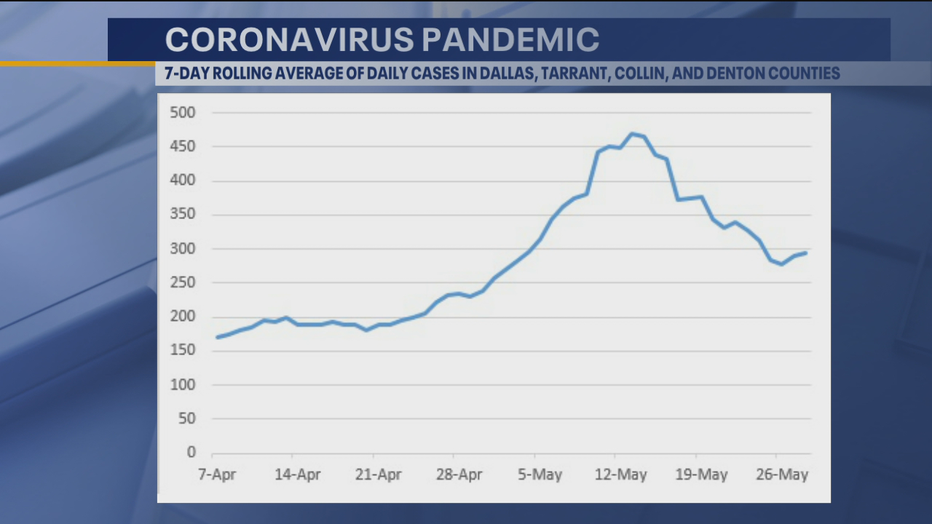 Denton County reported 33 new cases and Collin County had 19. There were no new deaths in those counties.

There were fewer new cases reported in North Texas Thursday than the day before but the seven-day average increased slightly for the second day in a row.