Fort Worth police are investigating a series of robberies at several convenience stores.

FORT WORTH, Texas - Fort Worth police are investigating a series of robberies at several convenience stores.

At least six robberies happened late Sunday into the early hours of Monday and police say one man is likely responsible for all of them.

The suspect, police say, brandished a handgun in at least six robberies within a three-hour span. Another suspect, in a white pick-up truck, is said to be the getaway driver.

The string of crimes began late Sunday night as four 7-Eleven convenience stores in Fort Worth were hit. Among the locations were one on West Camp Bowie Blvd. and another at 5400 South Hulen Street. 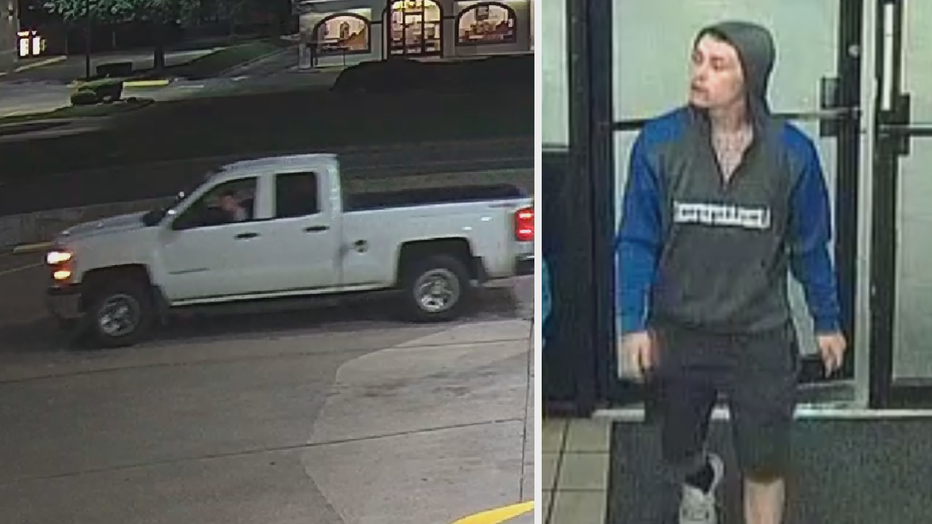 Detectives say the gunman is a white or Hispanic man with a mustache who wore a hoodie, dark shorts and socks and white or gray sneakers.

"Looks to be in his early 20s. He had on a blue jacket. He had a bandanna on," Carter said.

Two other Fort Worth stores robbed during the spree include a frontage road Shell station, a 7-Eleven at 3601 West Freeway near Montgomery Street, and a 7-Eleven in the 6500 block of McCart Avenue.

Police say customers were inside the stores during some of the robberies and no one was hurt.

Anyone with information is asked to contact Fort Worth police.