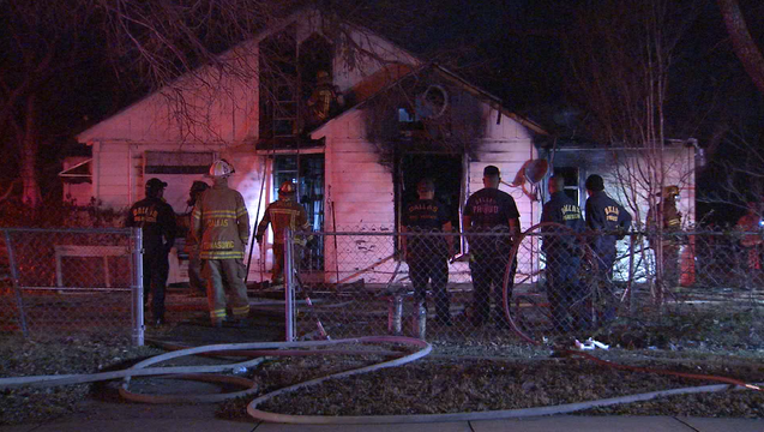 Dallas firefighters were called to the home on 51st Street in east Oak Cliff around 2 a.m.

They found flames shooting from the roof of the single-story house. The people inside had already made it out safely.

The firefighters quickly knocked down the blaze but the home still suffered major damage.