DALLAS - The White House said federal officials received no warning that dozens of migrants were being sent to Washington D.C. and Massachusetts.

The surprise trips this week show Republican governors are escalating the tactic of sending asylum seekers to Democratic cities.

Critics called it inhumane and said these migrants are being used as political pawns.

On Wednesday, as many as 100 migrants were bused to D.C. from Texas. Most came from Venezuela and were picked up in Eagle Pass. 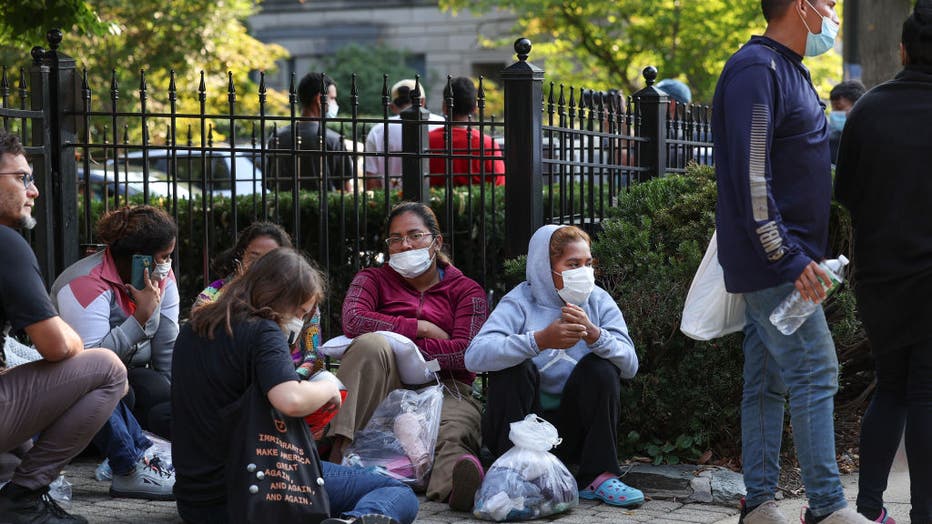 WASHINGTON, DC - SEPTEMBER 15: Migrants from Central and South America wait near the residence of US Vice President Kamala Harris after being dropped off on September 15, 2022 in Washington, DC. Texas Governor Greg Abbott dispatched buses carrying mi

Gov. Greg Abbott accused Vice President Harris and the Biden administration of ignoring the crisis at the southern border. He said Texas has been overwhelmed for two years.

"What they’re doing is simply wrong. It’s un-American. It’s reckless and we have a process in place to manage migrants at the border. We’re working to make sure it’s safe and orderly and humane," the president said.

Florida’s Republican Gov. Ron DeSantis took credit for flying another 50 asylum seekers to the island of Martha’s Vineyard on Wednesday.

People who live there said they were not given prior notice the planes were arriving and scrambled to help the migrants.

They were provided with meals, shelter, health care and information about where to find work. Massachusetts is working to find longer-term housing.

Some Democrats have questioned whether it’s illegal to transport asylum seekers without telling them where they are going. They are asking the federal government to investigate.