Rep. Alexandria Ocasio-Cortez went on Instagram Live to speak more about what she experienced during the Capitol siege.

NEW YORK - A teary-eyed Rep. Alexandria Ocasio-Cortez on Monday recounted hiding in her office bathroom as a man repeatedly yelled "Where is she?" during the insurrection at the U.S. Capitol, and also revealed a sexual assault in her past as she talked about trauma.

The remembered terror of the day made Ocasio-Cortez get emotional as she spoke during an Instagram live video, and she chastised those she said wanted Americans to put the day behind them and not recognize the lingering impact of such an event.

"These folks who tell us to move on, that it’s not a big deal, that we should forget what’s happened, or even telling us to apologize, these are the same tactics of abusers," she said.

She went on to say, "I’m a survivor of sexual assault. ... When we go through trauma, trauma compounds on each other." She didn't say anything else about that experience.

"I’m a survivor of sexual assault." 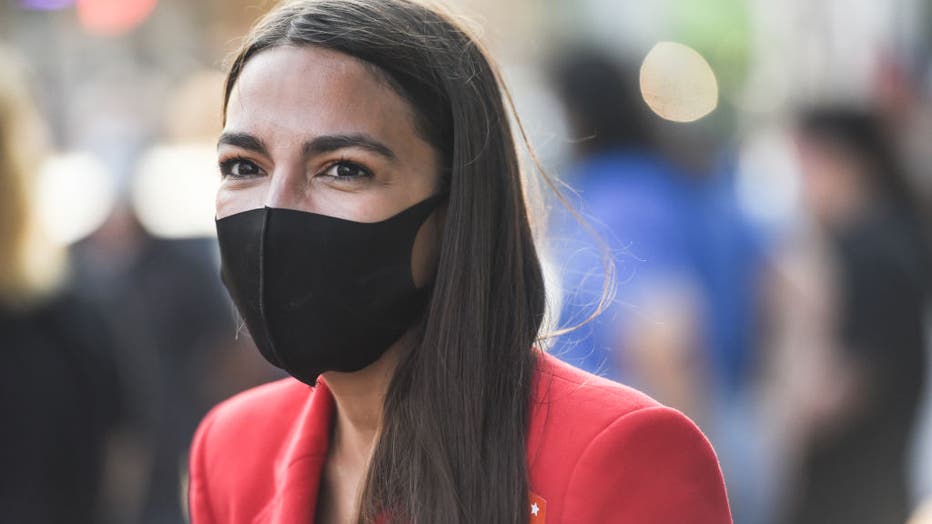 Ocasio-Cortez said the atmosphere around the Capitol and Washington had started to feel more tense and volatile in the days before the insurrection.

On that day, she said she was in her office when she heard repeated bangs on the door, like someone was trying to get in. Her legislative director told her to hide, and she went into the bathroom.

That was when she heard a man yelling and trying to find her. "I have never been quieter in my life," she said.

She came out shortly after when her legislative director told her to, and saw a Capitol police officer in the office. She said the officer told them to go to another building but didn't say specifically where or escort them, leaving her feeling unsafe.

"You don’t know if that person was actually trying to protect you or not," she said.

Dozens of pro-Trump protesters and rioters are facing charges in connection with the Jan. 6 mayhem at the U.S. Capitol. The FBI arrested Aaron Mostofsky, the son of a judge in New York.