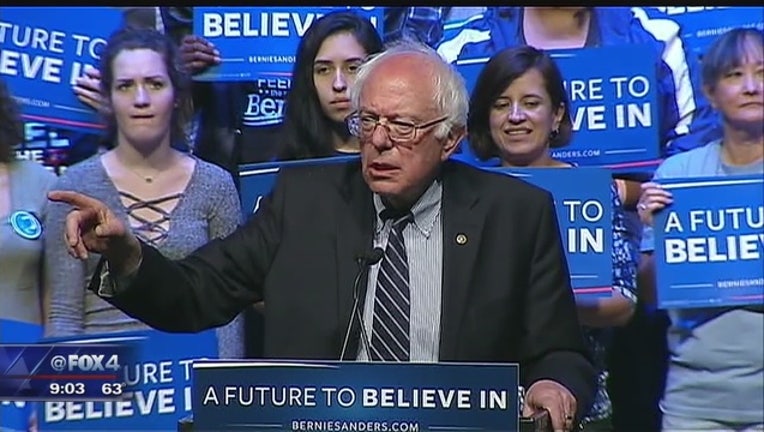 LAS VEGAS (AP) — Bernie Sanders needs to recognize that "sometimes you just have to give up," Senate Minority Leader Harry Reid said Wednesday.

Reid said his fellow senator should not carry his presidential campaign through to the Democratic National Convention in Philadelphia, as he intends to do.

Instead, Reid said, Sanders needs to recognize that "math is math" after next week's primaries in California and New Jersey, when Hillary Clinton is expected to rack up enough delegates to effectively clinch the nomination.

"I've never been too good at math but I can figure that one out. I think he better do a little mathing," Reid told The Associated Press in an interview in his home state of Nevada.

Reid, who has endorsed Clinton, stopped short of calling on Sanders to drop out. But he made his views clear in direct and even harsh terms.

Reid said Sanders has a right to continue his campaign through the convention, but added: "No, I don't think he should. I don't know what that's going to prove. Sometimes you just have to give up. I've lost before. The numbers aren't there."

Sanders is disputing the suggestion that Clinton will be able to claim to have effectively clinched the nomination after next week's primaries. He says that's because Clinton's delegate totals will include "superdelegates," the party leaders selected by Democratic officials instead of voters. Sanders is hoping he can win California and change the minds of some superdelegates now backing Clinton.

Reid said he doesn't plan to express his opinions to Sanders himself after next week's voting. "I don't think I'm the one to deliver that message. If he calls and asks me I'll be happy to, but I'm not going to go chasing him around to tell him what math is," Reid said.