The U.S. Department of Agriculture announced an expansion to a recall of ready-to-eat chicken products from the food manufacturer Tip Top Poultry due to concerns of listeria contamination.

LOS ANGELES - The U.S. Department of Agriculture announced an expansion to a recall of ready-to-eat chicken products from the food manufacturer Tip Tip Poultry due to concerns of listeria contamination.

The food manufacturer originally made the recall on its shredded chicken products on Sept. 28 following several positive samples of listeria monocytogenes which causes listeriosis.

This recall has now been extended to products that contained the possibly contaminated chicken including pre-made chicken sandwiches, wraps and salads.

The USDA has put out a list detailing all affected retailers which include Kroger, Aldi, Food 4 Less and many others.

While companies such as Target, Trader Joe’s and Walmart were not on the official list of affected retailers, specific products sold by those retailers were on a separate list of affected labels also put out by the USDA. 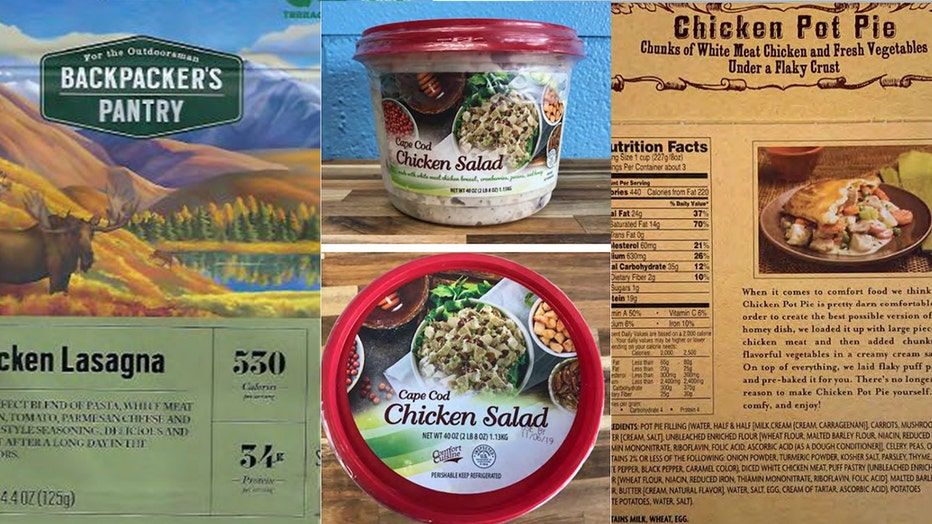 Many of the retailers selling the contaminated products included Target, Trader Joe's, Korger and many more.

The list included products exclusively sold at the three major companies that were not on the list of affected retailers.

A spokesperson for the USDA confirmed that those major retailers are in fact selling products possibly contaminated with listeria, based on the list of labeled products affected by the bacteria.

According to the Centers for Disease Control and Prevention (CDC), listeriosis is a serious and possibly fatal infection causing people to become ill after eating contaminated food. Pregnant women, newborns, older adults and people with weakened immune systems are most at risk when infected with the illness.

Additionally, the USDA has provided a list of specific products that have been confirmed as contaminated and should be either returned to the place of purchase or disposed of.