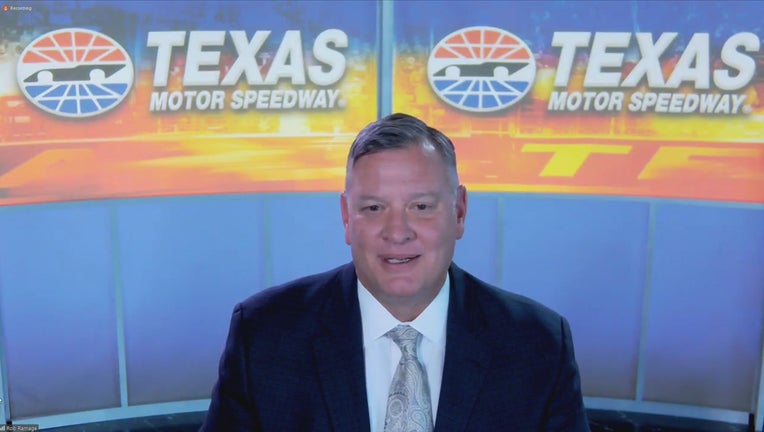 FORT WORTH, Texas - Speedway Motorsports named Texas Motor Speedway executive Rob Ramage as the track's new general manager on Wednesday after Eddie Gossage had overseen the facility through its first 25 seasons of racing.

Ramage had been the track's general counsel since 2013, also serving as director of governmental affairs and senior vice president of finance and compliance. His responsibilities have included risk management and working with government entities, business leaders, and community advocates.

"After a nationwide search and interviewing some excellent candidates, we realized the best leader to carry Texas Motor Speedway into its next quarter century was already working in the offices outside of Turn 1," said Marcus Smith, president and chief executive officer for Speedway Motorsports.

Gossage, the old-school promoter and showman, announced in May that he was stepping down from the track that he had overseen since its groundbreaking about 20 miles north of downtown Fort Worth in 1995, two years before the first race. Gossage worked for Speedway Motorsports for 32 years overall, and his final event was the first NASCAR All-Star race held in Texas in June.

"I grew up with racing and have been a NASCAR and IndyCar fan for as long as I can remember, so every day at Texas Motor Speedway is exciting to me," Ramage said. "I can remember when Bruton Smith announced he was bringing NASCAR to Texas and then being here on day one as a fan with my dad and brother."

The track's 25th season will wrap up with a NASCAR Cup Series playoff race Oct. 17.