Former Congressional Staffer Jane Hope Hamilton got into the runoff against State Rep. Jasmine Crockett. But she’s coming from behind and hungry to win. Whoever wins the Democrats’ runoff for Congresswoman Eddie Bernice Johnson's seat will likely be the person to end up in it.

DALLAS - Whoever wins the Democrats’ runoff for Congresswoman Eddie Bernice Johnson's seat will likely be the person to end up in it. That race in recent weeks has gotten ugly.

Unlike the attorney general’s race, the mudslinging for the 30th Congressional District is happening on the ground and online.

Former Congressional Staffer Jane Hope Hamilton got into the runoff against State Rep. Jasmine Crockett. But she’s coming from behind and hungry to win.

"Do you think your campaign is being messy at all?" FOX 4 Reporter Steven Dial asked Hamilton. 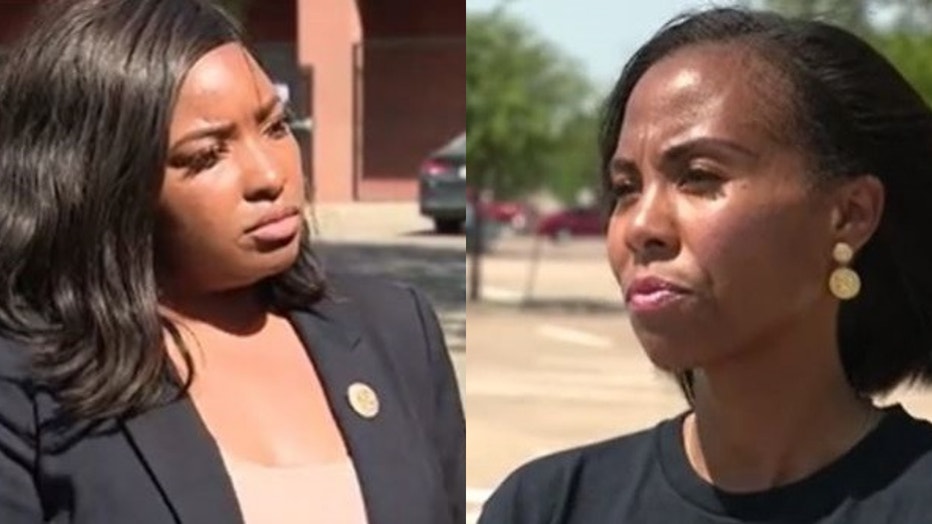 And Hamilton did talk about her record, including her years of congressional experience and her work on elections. But she also had a lot to say about Crockett.

"The facts are Jasmine Crockett was absent when her colleagues were on the House floor when they were negotiating the worst voter suppression bill we have in this country, trying to figure out a way to make sure to protect the voters," she said. "Jasmine Crockett was not there."

Hamilton is talking about last summer’s legislative session when Democrats walked out on a controversial voting bill.

Crockett stayed in D.C., making television appearances against the bill. But once some Democrats started to return, she stayed behind and didn’t vote on any version of the bill. Here’s how she explained it.

"The reason we have voter suppression on the books right now, the reason we have had so many vote-by-mail applications rejected is not because I wasn’t there," she said. "It’s because my colleagues who did go back and absolutely voted. Before there was no vote to take. My district absolutely supported the decision that I made."

Hamilton also accused Crockett of taking millions from a former Donald Trump ally and lying about her connection to the family of Botham Jean, the man killed by an off-duty Dallas police officer in his own apartment.

"I’ve had some who have been pretty upset about the lies lodged by my opponent," Crockett said. "They are saying we don’t have time for this."

Crockett got the endorsement of Congresswoman Johnson after Hamilton already put her name in the race. She also got endorsements from city council members, members of Congress and local clergy.

But Hamilton has endorsements from many of Crockett’s Democratic colleagues, and she’s ready to tout that.

But Crockett says it’s not always about who you know.

"It shouldn’t be about how long you’ve known someone," she said. "It should be about the skill set."

The last day to early vote is Friday. Runoff Election Day is Tuesday.