In the Republican race for Tarrant County judge, Fort Worth's longest serving mayor, Betsy Price, went down in defeat. The winner of the primary by a wide margin was former Farmers Branch mayor Tim O'Hare.

FORT WORTH, Texas - Fort Worth's longest serving mayor lost the Republican nomination for Tarrant County judge. Betsy Price was defeated by a candidate who accused her of being a liberal.

Tim O'Hare had a clear lead over Price after early voting results were released. And once technical issues were resolved, he won by a wide margin.

Price, the former mayor of Fort Worth, got early endorsements for the job after current Tarrant County Judge Glen Whitley announced his retirement.

But O’Hare, the former mayor of Farmers Branch, got the endorsement of former President Donald Trump and that apparently mattered most to Republican voters.

Late Tuesday night, Judge Whitley announced that any more election results would not be announced until the early morning, citing computer problems that caused a delay in counting up all of the ballots cast on election day.

Those problems were resolved in the overnight hours. O’Hare defeated Price with 57% of the vote. Price collected just 34%, followed by other candidates.

As Farmers Branch mayor, he championed a controversial ordinance that essentially banned illegal immigrants from renting apartments. The courts threw out the ordinance as unconstitutional.

On Tuesday night, he talked about the message he tried to get across to Republican voters. 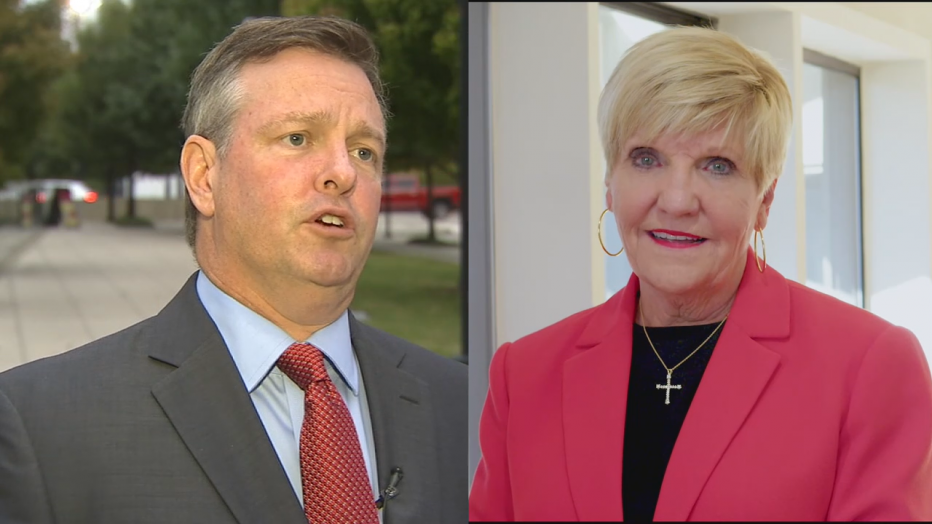 She had been considered the favorite to win the GOP nomination. She was Fort Worth’s longest serving mayor, holding the position for 10 years. Before that, she served as Tarrant County Tax Assessor and was endorsed by Judge Whitley, as well as current Mayor Parker.

During her time as mayor, Price’s administration made several trips to Washington to work with the Trump Administration. But in this race, he endorsed O’Hare.

The two sparred in political ads, with O'Hare attacking Price as a liberal supporter of Black Lives Matter and critical race theory. Price claimed her opponent was lying about her record.

In November, it’ll be Peoples against O’Hare in the race for Tarrant County judge.