FOX 4 has followed Landrie's journey since before the transplant. She was diagnosed with blood cancer.

Teencie underwent a bone marrow transplant in February of last year after being diagnosed with a blood cancer called MDS.

The transplant appeared to be a success. Teencie was released from the hospital 48 days later. 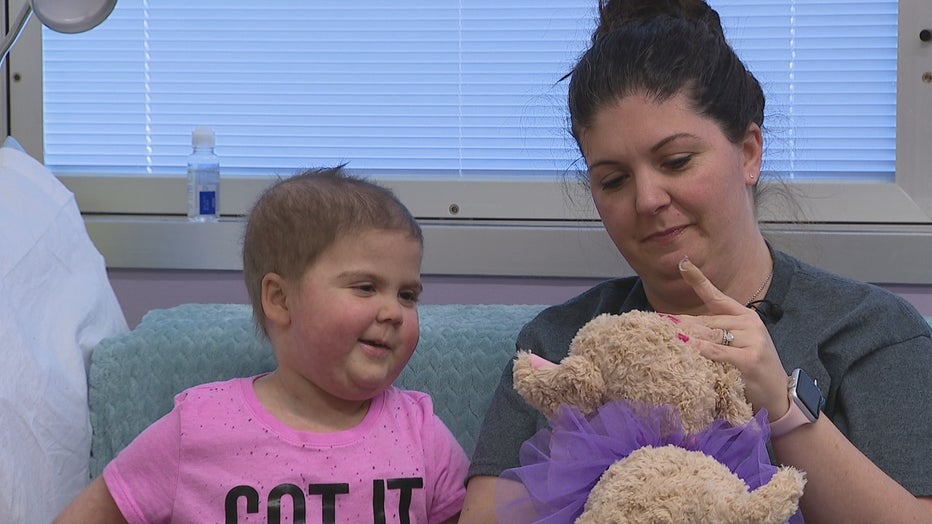 But with the source of the high fevers which began on December 29 still unknown, Teencie and her mom, Lindsay Lay, have no choice but to check back in to Children's. Tuesday is the tenth day of their hospital stay.

“It's just like relentless,” Lindsay said. “Every time we feel like we get ahead, we take 10 steps forward and 25 backwards.”

“We're trying to do different blood tests to try and figure out the source so we can give her the appropriate treatment,” he explained.

“Based on the counts that we've gotten, her bone marrow is functioning normally,” he explained.

But with no answers just yet, mom and daughter find comfort in one another.