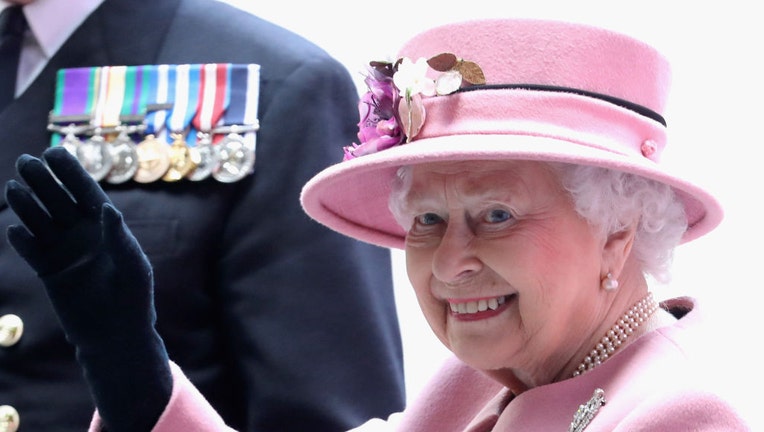 When 25-year-old Princess Elizabeth was proclaimed queen on Feb. 6, 1952, the British Empire stretched across the world, royalty was widely revered and televisions were still a novelty item.

The world has undergone profound changes since then and so has the monarchy. Queen Elizabeth II’s empire shrank, then crumbled. While most people in Britain remain loyal to the queen and respect her years of service to the nation, attitudes about the monarchy have swung from unquestioning deference to scrutiny.

In the 1980s, Princess Diana brought global star power to the House of Windsor, but also ushered in an era in which the royal family was forced to negotiate an uneasy relationship with the media.

Over her 70-year reign, the queen has — at times reluctantly — overseen the modernization of the family known as "The Firm" and its adaptation to evolving expectations.

As Britain marks the 95-year-old monarch’s Platinum Jubilee on Sunday, here’s a look at some key moments of change:

1953: Elizabeth's Coronation and the Age of Television

On June 2, 1953, Elizabeth’s coronation at Westminster Abbey was the first time most people had watched an event live on television. Millions around the world saw the ceremony on TV, outnumbering the radio audience for the first time.

The coronation broadcast heralded a turning point for television —- as well as the monarchy — making the Windsors seem much more real by bringing them into people's living rooms.

In 1957, the queen made her first televised Christmas broadcast, saying she hoped the new medium would make her message "more personal and direct."

"It is inevitable that I should seem a rather remote figure to many of you … But now, at least for a few minutes, I welcome you to the peace of my own home," she said at the time."

1957: ‘Winds of Change’ as the colonies break away

In 1957, Ghana became the first British colony in Africa to celebrate independence. Three years later, then British Prime Minister Harold Macmillan made his famous "winds of change" speech in South Africa, telling lawmakers there that "whether we like it or not, this growth of national consciousness is a political fact."

By 1970, most of Britain’s African and Caribbean colonies had gained independence. In 1997, the handover of Hong Kong from British to Chinese rule marked the final chapter of the British Empire.

Britain still has pockets of overseas territories, the largest of which is the Falkland Islands. The queen remains the head of state in 15 Commonwealth countries including Australia, New Zealand and Canada.

In another shift with the times, the queen carried out the first royal "walkabout" — which sees members of the royal family greeting, chatting and shaking hands with ordinary people at public events — in Sydney, during a royal tour of Australia and New Zealand.

The practice has since become a key part of the royals’ public relations strategy. Princess Diana perhaps best embodied the power of such outings, showcasing her empathy and knack for connecting with people as she walked among adoring well-wishers.

Diana’s fairy-tale wedding to Prince Charles in 1981 brought youthful glamour and irresistible star power to the House of Windsor. But the very public way the couple’s marriage disintegrated eroded respect for the monarchy.

The 1990s saw the monarchy’s popularity sink to new lows as royal family dramas — from tell-all interviews to embarrassing phone conversations and topless photos — continued to play out in public like soap operas. In 1992, the queen famously referred to her 40th year on the throne as her "annus horribilis" (horrible year) as the marriages of three of her four children collapsed.

1997: Diana's death and a change of tone for the Monarchy

When Diana died in a Paris car crash in August 1997, the queen was widely criticized for her perceived aloofness and being out of touch with the grieving nation.

Many were angry at the royals’ failure to lower the flag at Buckingham Palace and at the queen’s decision to stay secluded with her family at Balmoral Castle in Scotland. After days of intense pressure, the queen finally broke her silence, addressing the nation on television as "your queen and grandmother" and acknowledging that "we have all been trying in our different ways to cope."

In May 2011, the queen became the first British monarch to set foot in Ireland in 100 years. King George V visited in 1911, a decade before the creation of the Irish Free State. The queen spoke of her sincere sympathy for all those who suffered because of the two countries’ "troubled past," and the trip was widely praised as a historic moment of reconciliation.

2012: Diamond Jubilee and the London Olympics

The queen’s Diamond Jubilee, celebrating her 60 years on the throne, marked a period of record popularity for the queen and the royal family. The national mood of jubilation and support for the queen was boosted by Prince William and Kate Middleton’s royal wedding a year earlier and general euphoria as London hosted the 2012 Summer Olympics.

In recent years the royal family has been buffeted by two unprecedented PR disasters: the departure of Prince Harry and his wife Meghan to the U.S., citing intense media scrutiny and racist attitudes among the British media, and growing sex abuse allegations against Prince Andrew, the queen's middle son.

Harry and Meghan, who stepped downed from their royal duties in 2020, have accused the royal family of racism and called out its lack of compassion for Meghan’s mental health struggles. Harry has openly and repeatedly criticized the royal family for the way he was brought up.

Meanwhile, Andrew is fighting a U.S. lawsuit filed by a woman who says she was forced to have sex with him when she was 17. Last month, Andrew was stripped of all his honorary military titles in an apparent effort to distance him from the monarchy.

On April 9, 2021, the queen lost Prince Philip, her husband of 73 years and her "strength and stay" throughout most of her life. A scaled-down, socially-distanced funeral was held amid coronavirus restrictions. Somber images of the queen sitting alone in St. George’s Chapel were a stark reminder that she was entering the twilight years of her reign, with increasing duties handed to her heir, Prince Charles.