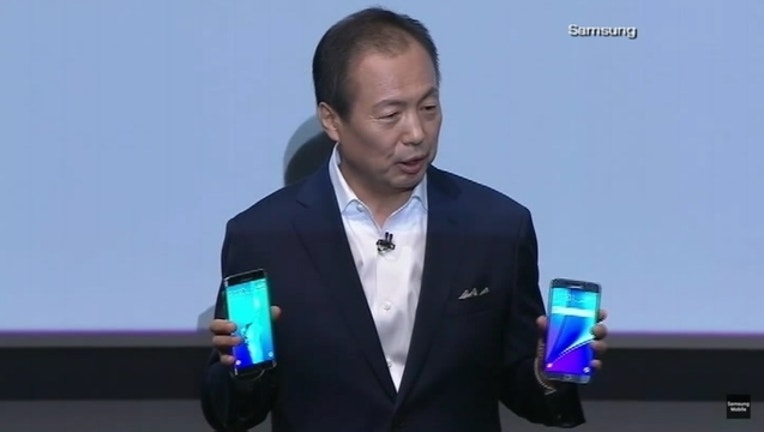 NEW YORK (AP) — Samsung is hoping its new mobile-payment service will let you leave your wallet at home.

It's a claim Samsung Pay's rivals — Apple Pay and Google's Android Pay — aren't able to make because they work with fewer merchants. Those rival services require merchants to have newer payment equipment with wireless technology known as near-field communication, or NFC.

Samsung Pay can mimic the old-school, magnetic signals produced by card swipes. That means it should work with most existing equipment.

Nonetheless, most people won't leave their wallets home anytime soon. Plastic credit and debit cards aren't difficult to carry around and hand over, so there isn't an urgency to sign up for any of these services. And while Samsung Pay works with more merchants, acceptance isn't universal because of technical and behavioral constraints.

Samsung Pay will debut in South Korea on Aug. 20. It will start in the U.S. on Sept. 28, with a test period beginning Aug. 25. Samsung plans to expand to the U.K., Spain and China as well. Android Pay will come out later this year in the U.S., while Apple Pay launched in the U.S. last October and expanded to the U.K. last month.

Here's a closer look at Samsung Pay and how it compares with Apple Pay and Android Pay.

WHAT ARE THE ADVANTAGES OVER PLASTIC?

Although taking out plastic isn't difficult, using the phone is more convenient if you already have it out — say, to check Facebook while waiting in line. It's also great in cabs: When you pull out your wallet late at night, your keys might accidentally slip out.

The bigger advantage is security. With all three services, you're assigned a substitute card number unique to the phone. The store gets this number, so if its system gets hacked, your main card number isn't compromised. To work, the substitute number must be paired with a one-time code generated by that device. Hackers getting that number will also need physical possession of your phone.

WHAT ARE THE DISADVANTAGES?

Because Apple Pay and Android Pay require NFC payment equipment, there's a good chance it won't work where you're trying to buy something. Samsung Pay's magnetic technology serves as a backup. You don't need to worry about what your merchant has. The phone figures it out automatically.

Despite promises of wide acceptance with the magnetic technology, Samsung Pay won't be universal. You're not likely to give the waiter your phone — let alone your passcode — to pay the check at a restaurant. The technology also won't work where you need to insert your card into a machine, such as gas pumps and ticket kiosks.

WHY IS SAMSUNG DOING THIS?

The company says it won't get any direct revenue from transactions. However, it is hoping the service will be compelling enough for people to choose a Samsung phone over a rival's.

HOW WILL SAMSUNG PAY WORK?

When you're ready to pay, just swipe up from the bottom to see a list of your cards. The card you used most recently is there by default, though you can swipe left or right to choose another card. You hold the phone near the store's payment terminal and place your finger over the home button to authorize the transaction with your fingerprint.

This can be done whether you're on the lock screen or the home screen, or if the screen is off (but the phone is on). If you're in an app such as Facebook, you need to get to the home screen first. That's one big difference with Apple Pay, which works from any app and doesn't require the initial swipe up. Android Pay will work like Apple Pay, except it won't work with the screen off.

WHAT WILL YOU NEED?

Your card also needs to be from a bank that has signed on. A full list isn't available yet, but it will include cards from Bank of America, Chase, Citi and U.S. Bank, along with scores of store-branded cards, including Sleepy's and PC Richard.

IF THESE PHONES CAN USE EITHER, WHY CHOOSE ONE OVER ANOTHER?

Samsung Pay will work with a broader range of merchants. On the other hand, it's for in-store use only.

Android Pay can be used within selected apps for online transactions, so you don't have to re-enter card numbers and shipping addresses. You also have security from sharing just the substitute number. Apple Pay has in-app support, too, but Samsung Pay does not.

Samsung Pay will also take a few more steps to use. With NFC, the phone can detect when it's near a payment terminal and automatically launch the payment service. Because Samsung Pay has a magnetic component, which is a one-way technology, you need to activate it first by swiping from the bottom.

WHAT DOES THIS MEAN FOR APPLE PAY?

Apple Pay has a head start and will still be the only service to work on iPhones and the Apple Watch. More competition might promote greater acceptance of mobile payment in general, as it's a concept not familiar yet to most consumers and merchants.