Airline staff hopes the happiness that the holidays bring rubs off at airports nationwide and replace what's being called "air rage."

DALLAS - Airline staff hopes the happiness that the holidays bring rubs off at airports nationwide and replace what's being called "air rage."

A pandemic-high of 2.4 million people passed through airport security Sunday, wrapping up a busy Thanksgiving holiday. Numbers were close to pre-pandemic levels.

With more holiday travel to come, a group that represents passenger service agents put out quick videos with one goal in mind: cutting down on air rage.

The videos feature real workers who talk about their encounters with unruly passengers.

The videos are meant to be positive by trying to connect with passengers as fellow mothers, fathers, brothers and sisters.

The release comes just a week after the FAA recommended record fines for some air-rage incidents. 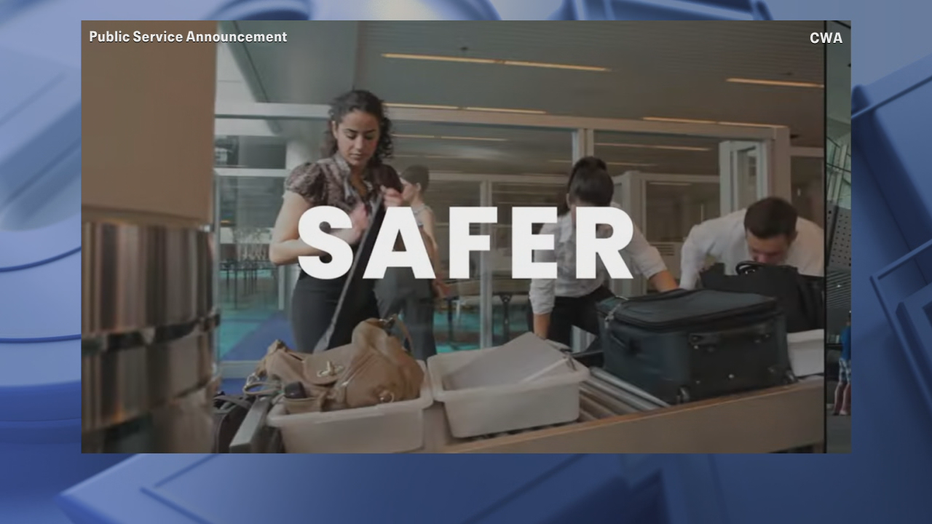 A series of short, online videos released by the Communications Workers of America - Local 6001 in Euless seeks to raise awareness about the rise in passenger rage incidents and encourages customers to be more civil.

CWA represents more than 20,000 passenger service agents around the country. In one of the videos, workers shared their experiences with unruly passengers.

Air rage incidents have skyrocketed since the start of the pandemic.

Last week, the FAA proposed fines that average $22,000 against eight people. Two of the incidents happened on flights out of DFW or Love Field.

In several cases, the FAA says people brought their own alcohol on planes. That is not allowed.

"We had a lot of a lot of physical and verbal abuse that was directed towards our passenger service agents," she said.

Session says the recent uptick in disruptive passengers coupled with the difficulties of the COVID-19 pandemic have created a hazardous working environment for frontline workers. The videos were released at the start of a busy holiday travel season.

"We just want them to understand the agents are here for you. We're trying to get you where you need to go. Just please, please be patient and work with us," she said.

Dr. Erin Bowen is an aviation psychology researcher at UT Arlington. She says while well-meaning she doesn't think the videos will do much to change passenger behavior.

"These are not preplanned actions. These are spur-of-the-moment emotional outbursts," she said. "And this sort of abstract knowledge that you might get fined for your behavior is not, unfortunately, going to stop a lot of folks."

Only time will tell.

Dr. Bowen says it’s important for airline passengers to want to make sure they’re caught up on what the current rules are around masks and security procedures, especially international travel. She says that will go a long way toward reducing your stress as a passenger in the holiday travel season.