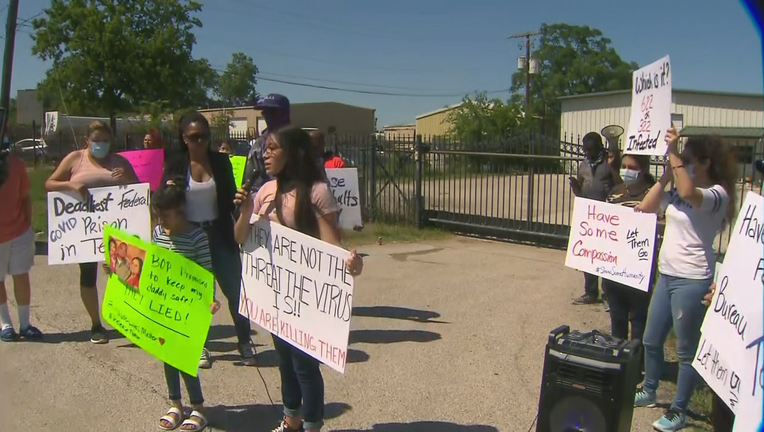 FORT WORTH, Texas - Protesters demanded the release of some inmates from a federal medical prison in North Texas.

There’s been an outbreak of COVID-19 cases at the prison in southeast Fort Worth. More than 600 of the 1,500 prisoners have tested positive and at least eight have died.

The protestors said those who were convicted of non-violent crimes should be let go.

“Not everybody... we’re just saying those that fit the description and the criteria of low level, no victims. Even though across the country, they’re letting political prisoners out that have crimes against victims,” said Shenita Cleveland, the protest organizer. “We want to make sure that these people have an adequate shot to live because they never received the death penalty. They need to be let go.”

About half of the more than 600 infected prisoners reportedly have recovered.